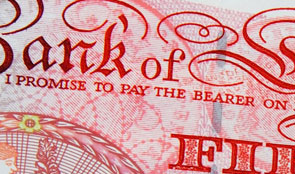 Government is owed a large amount of money but has no overall view of its debt reduction objectives nor of the financial risk that the debt poses.

“Government is owed a large amount of money but has yet to get to grips with how to manage that debt. It has not set out overall objectives and has no clear understanding of the financial risk that debt poses. Poor quality data on debtors and a lack of analytical capability are serious barriers to progress. The Cabinet Office has brought forward proposals for a more integrated approach, which the Treasury is now considering. Whatever the approach, departments and the centre of government need to work together better to establish a common understanding of the costs and benefits of pursuing debt, and on that basis establish a shared strategy.”

Individuals and businesses are in debt to government for overdue tax liabilities, benefit or tax credits overpayments and other reasons, including outstanding fines and court confiscation orders. NAO data suggests that overdue debt identified by government was at least £22 billion at March 2013, against total collected revenue of over £600 billion in 2012-13.

According to today’s report, £6 billion of debt was written off in 2012-13 as irrecoverable, or ‘remitted’ on the basis that it was not a good use of scarce resources to pursue it. In total, government accounts show losses of more than £32 billion over the last five years. Government cannot easily control all losses – around 70 per cent result from write-offs in insolvency cases. But it intends to learn lessons from the way the tax credits system works to create overpayments to ‘design out’ unnecessary debt when implementing future policies such Universal Credit.

Government allows too much overdue debt to age, and this can lead to its value being eroded, as older debt is more difficult to collect. Some 61 per cent of debt owed to HMRC was more than 180 days old. For DWP, 81 per cent of benefit overpayment debt was more than 180 days old, and legal restrictions limit the rate of repayment from people on benefit, who make up 66% of DWP debtors.

Today’s report acknowledges that HMRC and DWP are working to reduce old debt by improving their understanding of debtors. However, the ability across government to manage debt is undermined by poor quality data, barriers to data sharing and inconsistent definitions. HM Courts & Tribunals Service, for example, found in a pilot that more than 96 per cent of aged debtor records were missing one or more basic pieces of information, such as a telephone number.

Ministers agreed in 2012 to look at bringing together government debt management and to make better use of departments’ buying power for specialist debt services. Conflicting priorities, poor data and uncertainties over departmental take-up have led to delays in agreeing a way forward. A business case is now being considered by the Treasury for departments to have a single point of access to external debt services, but the timetable is challenging, with services planned to start in late October 2014.

It is not currently possible to produce a ‘single view of the debtor’ across all departments. Furthermore, suitable data with which to benchmark the costs of debt management and collection across government does not yet exist, making it difficult for the centre of government to identify where best to target resources, and for departments to compare their performance.