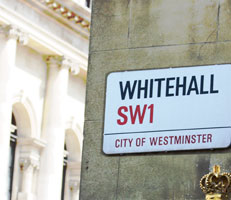 Departments have acted quickly to reduce staff numbers and this should bring significant savings. To sustain these savings, and deliver long-term value for money improvements, staff numbers must stay at these reduced levels and departments must develop new ways of working.

"Departments have acted quickly to reduce staff numbers and this should bring significant savings, after compensation and early pension payments are paid.

"In order to sustain these savings, and deliver long-term value for money improvements, staff numbers must stay at these reduced levels and departments must develop new ways of working, so that they can cope with greater demand without increasing staff numbers again".

The National Audit Office has today published its report on the management of ‘early departures’ of staff in central government. The report finds that central government departments have spent around £600 million gross on the early departures of 17,800 staff in the year from December 2010. These costs are around 45 per cent lower than they would have been under the previous Scheme. After meeting the initial costs, departments will save an estimated £400m a year on the paybill.

The time it takes departments to start seeing these savings depends on how quickly they can eliminate headcount-related costs, such as on IT and property. If departments can start taking out these costs immediately, they will see net savings within 11 months of the departures. Otherwise, it may take up to 15 months for payback of the initial costs to be achieved.

For the taxpayer overall, when tax and benefits are taken into account, the payback period is between 10 and 16 months. The NAO estimates that the net present value of the early departures to the taxpayer will be between £750 and £1,400 million over the spending review period, depending on the ability of departments to eliminate costs. This figure will also be affected by whether those leaving find comparable work and pay tax, or claim benefits.

There is large variation between departments in the proportion staff leaving early. Not all departments are reducing staff numbers. Of those that are, the proportion of staff released since December 2010 ranges from less than 1 per cent at the Department of Energy and Climate Change to around 16 per cent at the Department for Communities and Local Government. Departments used large-scale open voluntary exit schemes to release staff as quickly as possible, though this meant departments could not predict accurately which staff would leave.

Older, more senior staff are leaving in the first tranches. This is partly because of deliberate restructuring, but also because those staff who have worked in the civil service for longer, or who are over 50, gain more financially from taking voluntary exit or voluntary redundancy. This leaves the civil service with a younger profile. Regionally, London has seen the greatest number of early departures, with 3,200 staff leaving early.

Coordination of early departures from the centre of government has been minimal and has led to duplication of work in HR departments. Most departments had no plans for transforming their business; and staff reductions were driven largely by a target to reduce costs. Unless departments redesign the way they work, there is a risk that the workforce will increase again, once the urgency for cost reduction abates.