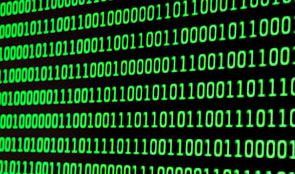 Managing and replacing the Aspire contract

There are serious risks to HMRC’s business if the programme to replace the Aspire contract fails to meet its objectives by June 2017, when the contract ends.

“HMRC faced complex, long term technology challenges, and Aspire provided an appropriate means of working through them and limiting risk. However, there has been a lack of rigour in HMRC's commercial management of the contract. It is essential in any contract that the client retains the independent expertise to challenge the supplier. We welcome HMRC’s recognition of this part way through the Aspire contract and its efforts now to rebuild its capability. HMRC now faces a considerable challenge in a limited amount of time to negotiate reform to the contract while at the same time defining its technology strategy for post-Aspire.”

HM Revenue & Customs has had limited success so far in reforming its Aspire contract with Capgemini, according to the National Audit Office. The spending watchdog warns in a report today that there are serious risks to HMRC’s business if the programme to replace the contract fails to meet its objectives by June 2017 when the contract ends.

The Aspire contract, government’s largest technology contract costing £7.9 billion between July 2004 and March 2014, was intended to ensure continuity of HMRC’s ICT services, while continuously improving their performance; facilitate change to HMRC’s business in line with its strategy; and provide rapid access to up-to-date skills and technologies.

However, the Aspire contract is at odds with current government policy on how departments should buy technology. Since 2011, HMRC has accepted the Cabinet Office view that, as a long-term prime contract for technology, Aspire was no longer a suitable way of providing value for money and that changes needed to be made; but HMRC has had limited success in negotiating these with suppliers.

Today’s report acknowledges that Aspire has provided the continuity of service to enable HMRC to collect around £500 billion of tax each year with few significant service failures. The contract has helped HMRC to improve its operations by reducing operating costs, increasing tax yield and improving service to customers.

Nevertheless, HMRC has commissioned much more work through Aspire than was modelled when the contract was let and has not market-tested any significant element of the contract. Additionally, evidence from benchmarking suggests that it has paid above market prices for this work. It has, however, recouped some of this spending through financial savings it negotiated between 2007 and 2012. HMRC used provisions within the contract to extend the contract and increase the amount of services and projects bought through it. The NAO estimates that, as a result, by the time the contract ends in June 2017, HMRC will have spent £10.4 billion compared to the £4.1 billion used when evaluating Capgemini’s bid.

Furthermore, pressures to find cost savings in the short term led HMRC to trade away its negotiating power and hindered its ability to get strategic value from such a long-term contract.

Today’s report finds that HMRC was overly dependent on the technical capability of the Aspire suppliers between 2004 and 2012, which limited its ability to manage the contract commercially.

HMRC faces a considerable challenge to reform the Aspire contract while evolving a new approach to its technology suitable for its planned move to digital services. HMRC now has minimal time contingency to do this before the Aspire contract ends in June 2017.