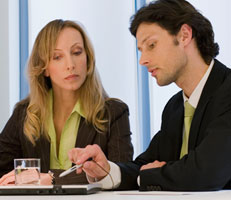 Despite numbers of staff employed by central government falling slightly over the last decade, costs have increased by 10 per cent.

"Work to identify potential savings in central government's staffing costs has begun, but there are a number of areas of weakness.

"Increasing numbers of higher grade posts have led to much of the recent cost growth. The centre of government needs to review its ability to understand and challenge these management decisions. There is also a lack of a structured approach to delivering the staff cost reduction required across government in the next Spending Review period.

"If these areas of weakness are not dealt with, real risks to value for money remain."

More staff in higher grades and increasing pay have led to the total costs of central government staff growing by 10 per cent in real terms in the ten years to 2009-10, with current costs totalling £16.4 billion. Over the same period, staff numbers fell by 1 per cent, from 497,000 full time equivalents to 493,000, a National Audit Office report has revealed. These figures compare with an increase in staff numbers across the whole public sector (including the NHS and education sector) of 13.7 per cent, and an increase in costs of 40 per cent in real terms.

The growth in central government staff costs is largely the result of an unplanned increase in the number of staff in higher grades. Between March 2001 and March 2010, the number of administrative grade staff declined. But all higher grades grew in number, with Civil Service management grades 6 and 7 showing a 67 per cent increase (around 14,000 posts). The NAO estimates that this change in grade mix accounts directly for approximately 50 per cent of the staffing cost increase.

Departments and agencies are responsible for setting their own pay levels and structures, leading to pay divergence across the Civil Service. While the Treasury has set the parameters for annual increases to departmental pay during this period, the centre of government has not set out to control the Civil Service pay bill, other than indirectly through setting departments’ overall budgets.

The centre of government has announced a range of immediate central actions in response to spending pressures, including freezes on pay and recruitment. These will have some effect in the short term. The longer term reductions in staff costs required by the 2010 Spending Review will be the responsibility of departments and agencies. But organizations do not have a comprehensive understanding of their own staff costs or skills in order to support this cost reduction activity adequately.

The scale of staff cost reductions is unlikely to be achieved by natural turnover alone. Despite proposed changes to the Civil Service Compensation Scheme, the up-front costs of voluntary or compulsory redundancy schemes and early retirements will be significant.