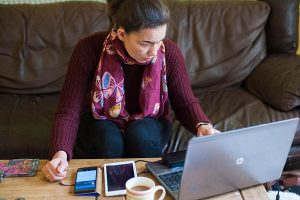 Managing tax debt through the pandemic

This report considers how well HMRC has managed tax debt through the pandemic.

As the UK’s tax authority, HM Revenue & Customs (HMRC) has played a pivotal role in providing financial support to taxpayers during the pandemic. As the economy went into lockdown, government deferred payments of Self Assessment Income Tax and VAT due between March and July 2020. HMRC paused most of its debt collection activity and set about creating new employment support schemes.

The wider economic impact of the pandemic, and HMRC’s decision to suspend most debt collection, has led to large increases in the amount of tax owed to HMRC. Tax debt peaked at £67 billion in August 2020, including deferred payments. This was far in excess of levels seen in the previous 10 years.

This report considers how well HMRC has managed tax debt through the pandemic – in particular, whether it has adapted sufficiently to the changing nature and scale of that debt and the wider circumstances that affect taxpayers’ ability to repay tax. It considers whether HMRC has:

At the onset of the first lockdown, HMRC acted quickly, pausing debt collection to reduce pressure on debtors and working to improve its understanding of how the pandemic was affecting taxpayers. It subsequently launched its Return to Collection campaign and made it easier for taxpayers to repay debt online. Early indications were encouraging, with taxpayers repaying debt faster than expected and stakeholders welcoming HMRC’s understanding tone. However, HMRC also forecasts that higher levels of tax debt will persist.

HMRC faces several years of managing the impact of the pandemic on tax debt and current staffing is unlikely to be enough to manage the increased workload. It made efficiencies before the pandemic but it did not improve overall levels of debt collection and it was writing off more debt. It estimates that adding staff and private sector capacity would have most success in increasing debt collection.

While some debtors have been able to repay tax debt quickly during the pandemic (helped by loans and support from other parts of government), there remains an unknown number of taxpayers who have been badly affected and will struggle to repay tax debt. HMRC must build on its initial work and better understand the resources it needs to manage the scale of the challenge it faces.