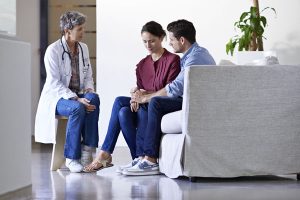 Managing the costs of clinical negligence in trusts

The cost of clinical negligence in trusts is significant and rising fast, placing increasing financial pressure on an already stretched system.

“The cost of clinical negligence in trusts is significant and rising fast, placing increasing financial pressure on an already stretched system. NHS Resolution and the Department are proposing measures to tackle this, but the expected savings are small compared with the predicted rise in overall costs. At £60 billion, up from £51 billion last year, the provision for clinical negligence in trusts is one of the biggest liabilities in the government accounts, and one of the fastest growing. Fundamentally changing the biggest drivers of increasing cost will require significant activity in policy and legislation, areas beyond my scope.”

The government needs to take a stronger and more integrated approach if it is to rein in the increasing cost of clinical negligence claims across the health and justice systems, according to the National Audit Office.

The increasing number of claims accounted for 45% of the overall increase in costs, while rising payments for damages and claimant legal costs accounted for 33% and 21% respectively. The fastest percentage rise was in claimant legal costs, which has risen from £77 million to £487 million over the same time period. This is mainly due to an increase in both the number of low- and medium-value claims of less than £250,000 and their average cost. In 2016-17, the claimant’s legal costs exceeded the damages awarded in 61% of claims settled.

The government lacks a coherent cross-government strategy, underpinned by policy, to support measures to tackle the rising cost of clinical negligence. The Department and NHS Resolution, working with others including the Ministry of Justice, have identified many of the factors contributing to the rising costs of clinical negligence. But some of the biggest factors influencing costs fall within the remit of more than one government department or are largely outside the health system’s control. They include developments in the legal market and the increasing level of damages awarded for high-value claims.