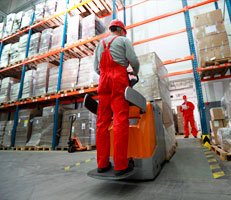 The MOD is buying more inventory than it uses and not consistently disposing of stock it no longer needs using money that could be spent elsewhere.

"In the current economic climate where the Department is striving to make savings, it can ill-afford to use resources to buy and hold unnecessary levels of stock, and it clearly does so. "The root cause of excess stock, which the Department is seeking to address, is that management and accountability structures currently fail to provide the incentives for cost-effective inventory management."

The National Audit Office has today published a report on the Ministry of Defence’s management of its inventory – its store of supplies and spares. The report has found that the Department is buying more inventory than it uses and not consistently disposing of stock it no longer needs. The indication is that the money spent on unnecessary levels of stock could be made available to be spent elsewhere.

The planned return of the armed forces from Afghanistan and Germany, when stores from those locations are returned to the UK, will place even more pressure on the little room left in the Department’s central depot space.

According to today’s report, the amount of supplies and equipment held by the Department is increasing. Between the end of March 2009 and the end of December 2011 the total value of the inventory held by the armed forces and in central depots of non-explosives increased by 13 per cent, from £17.2 billion to £19.5 billion. The quantity of inventory items being held by the armed forces and the number of different types of stock have also increased.

The Department has also not consistently disposed of equipment and supplies which it either no longer needs or does not use regularly. Over £4.2 billion of non-explosive inventory has not moved at all for at least two years and a further £2.4 billion of non-explosive inventory already held is sufficient to last for five years or more. During 2010 and 2011, the MOD identified inventory worth a total of £1.4 billion that could either be sold or destroyed, but it was unable to provide the NAO with information on the value of the stock that had been destroyed.