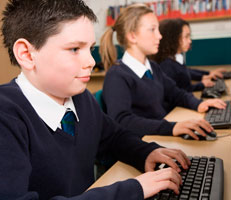 Managing the expansion of the academies programme

The rapid expansion of the programme has been a significant achievement, but the DfE was unprepared for the scale of the financial implications.

"The Academies Programme is a key element of the Government’s plans to reform the school system. Delivering a ten-fold increase in the number of academies since May 2010 is therefore a significant achievement. However, the Department for Education was not sufficiently prepared for the financial implications of such a rapid expansion, or for the challenge of overseeing and monitoring such a large number of new academies. “It is too early to conclude on academies’ overall performance, and this is something I intend to return to in the future. As the Programme continues to expand, the Department must build on its efforts to reduce costs and tackle accountability concerns if it is to reduce the risks to value for money."

The National Audit Office has reported that the Department for Education has delivered a fundamental change in the nature of the Academies Programme through a rapid, ten-fold increase in the number of academies since May 2010. This increase is a significant achievement. However, the Department was unprepared for the scale of the financial implications arising from such a rapid expansion. In the two years between April 2010 and March 2012, the Department had to meet an estimated £1 billion of additional costs, while remaining within its overall spending limits.

By September 2012, 2,309 academies had opened, compared with 203 in May 2010. This represents significant growth of 1,037 per cent, most of which has been from schools choosing to convert to academy status. Academies have greater financial freedoms than maintained schools and the Department’s approach to approving applications – coupled with the fact that most converters to date have been outstanding and good schools – appears so far to have managed the risk of schools converting with underlying performance issues. However, more schools with lower Ofsted ratings are now applying to the Programme.  Future applicants may therefore require more in-depth assessment and support to manage potential risks.

Between April 2010 and March 2012, the Department spent a total of £8.3 billion on the Academies Programme.  The NAO estimate that £1 billion of this was additional cost, some £350 million of which was money the Department was not able to recover from local authorities to offset against academy funding. The additional cost of the Programme has increased annually as it has expanded, although the Department reduced its average additional cost per open academy (excluding transition costs) by 53 per cent in the last two years. It forecasts that this additional cost per academy will continue to reduce in future. The rapid increase in the cost of the Programme has led to ongoing pressures on the Department’s wider financial position.  It has had to transfer funding from other budgets to stay within its overall spending limits while maintaining the pace of the expansion.

The Department largely relies on the quality of academies’ financial management and governance to safeguard effective use of public money. To date, there have only been a small number of investigations into financial mismanagement and governance failure in academies. Financial mismanagement in any school is a real cause for concern, and such failures in academy schools create the risk of wider reputational damage to the Programme. The Department needs to weigh this risk carefully in operating a light-touch oversight regime.