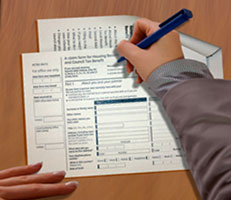 DWP is working to manage the introduction of the housing benefit reforms and has a critical role to play in anticipating adverse consequences.

"The Department is working to manage the introduction of the housing benefit reforms, but their full impact is currently uncertain and depends on how households and the housing market react, locally as well as nationally. The Department has a crucial role to play in anticipating and addressing adverse consequences for claimants and the administration. "Some challenges cannot perhaps be planned for: where the interaction of local authority funding constraints, the social housing stock, rental market conditions and the local economy produces extreme impacts. "As issues emerge, the Department will need to be capable of a flexible response, well- coordinated with other sources of support for claimants."

There has been a correction to the report which accompanies this press release.

The National Audit Office has reported today on how the Department of Work and Pensions is placed to tackle the significant challenge of implementing the reforms to housing benefit.

As part of the measures announced in the emergency budget in June 2010 and the Spending Review of October 2010, the Government announced changes to housing benefit, including reductions to local housing allowance rates for private rented sector claimants and deductions in payments to social sector tenants in under-occupied homes.

The Department is actively preparing for the implementation of housing benefit reform, using available data to assess the impact of the reforms on current entitlements. It has estimated that the reforms will result in around two million households receiving lower benefits, with a smaller number receiving substantially less. Claimants with large numbers of children and those living in areas of high rent such as London will be most affected.

The Government intends the reforms to improve incentives to work and lead to positive changes for claimants. Reforms could also lead to hardship or an increased risk of homelessness. How tenants and landlords will respond is highly uncertain at the moment and the Department has commissioned independent research to evaluate the impact of the reforms after implementation.

The Department is also working with local authorities to identify the extent to which the reforms will increase the administrative burden on the authorities. It clearly has further ground to cover. Many people know very little about the changes to housing support; and the extent to which claimants have been informed varies according to where they live. Surveys of private rented sector respondents found that 87 per cent knew little or nothing about the changes that would affect them.

Uprating local housing allowance by the consumer price index, rather than local rent inflation, could put pressure on the supply of affordable local housing. The speed and extent of shortfalls could be significant. Downward pressure on rents or increased employment would mitigate the impact but NAO analysis indicates that, on current trends, 48 per cent of local authority areas in England could face shortfalls by 2017.

The Department has put in place transitional support through increased funding for discretionary housing payments. It needs to work with other departments and local authorities to monitor emerging issues and manage risks for both private and social tenants.