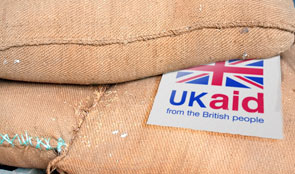 The Department for International Development met, for the calendar year 2013, the government target to spend 0.7% of the UK’s annual gross national income on overseas aid.

The Department for International Development met, for the calendar year 2013, the government target to spend 0.7% of the UK’s annual gross national income on overseas aid, according to a report from the National Audit Office. This is the level of overseas aid (Official Development Assistance or ODA) that the United Nations has said that developed countries should aim to achieve. However, the requirement to hit the target and not exceed it significantly, against a background of considerable uncertainty, presents the Department with challenges in managing its budget and spending.

In 2010, the coalition government committed to the 0.7% ODA target. It increased the Department’s 2013‑14 budget by a third to support its commitment at a time when it was reducing the budgets of most other departments. In 2013, the United Kingdom spent some £11.5 billion on overseas aid.

According to today’s report, which supports an inquiry by Parliament’s International Development Committee, the Department worked hard to manage the substantial increase in its budget, completing preparatory work to strengthen many of its business processes, increasing the capacity of its workforce, and improving its approach to measuring benefits.

One clear challenge for the Department is that, in effect, it must work to two year ends. Although the target relates to cash expenditure in a calendar year, the Department continues to account to a March financial year end. This difference is likely to represent more than an accounting difficulty because of the need to hit a target with little or no flexibility, causing significant decisions to be made late in the year and at short notice.