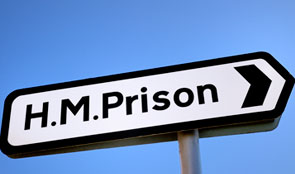 The current strategy for the prison estate has provided good quality accommodation, but has resulted in the closure of several prisons that were performing well.

“The strategy for the prison estate is the most coherent and comprehensive for many years, has quickly cut operating costs, and is a significant improvement in value for money on the approaches of the past. However, the Agency urgently needs to improve new prisons and look at ways to close fewer high-performing ones in future. The new larger prisons are bringing economies of scale but the Agency does need to understand the consequences in terms of performance of building very large prisons.”

The current strategy for the prison estate in England and Wales has provided good quality accommodation, suitable for decades to come for prisoners with a wide range of security categorizations. The strategy is also a significant improvement in value for money over the short-term and reactive approaches of the early and middle 2000s.

However, the strategy has resulted in the closure of several prisons that were performing well, and their performance has not yet been matched by new establishments.

The new prison capacity built by the National Offender Management Service (the Agency) provides good, modern accommodation, with safety features that reduce the risk of self-harm and suicide. The Ministry also builds flexibly, so it can easily convert prisons to a higher security status.  However, some prisoners still routinely share cells, some of them in overcrowded conditions.

The strategy understandably focuses on cost reduction and, by 2015-16, it will have resulted in total savings of £211 million, with further savings accruing at a rate of £70 million a year thereafter. However, decision-making has sometimes traded good quality and performance for greater savings. Some highly-performing prisons were closed before the new prisons Oakwood and Thameside began performing well.

The Ministry of Justice and the Agency use good forecasts of prisoner numbers and have good contingency plans to help them implement changes to the estate, for example responding effectively to an unexpected spike in prisoner numbers after the riots in 2011.

Reducing prisoner numbers, where possible, still represents the best way of saving money in the medium and long term. Even with cheaper new capacity, every 1,000 places in the prison system costs on average £28 million a year. Today’s report suggests that the Agency could free up more spare capacity if prisoners serving indeterminate sentences had more access to accredited courses the completion of which might reduce their risk of causing harm sufficiently to allow the Parole Board to release them. The report also points out that the Home Office removes over 1,000 foreign national offenders from the UK every quarter but, for a number of reasons, is currently removing fewer than in 2009.