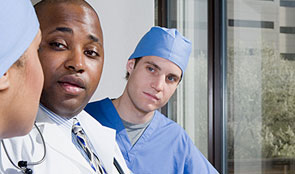 Managing the supply of NHS clinical staff in England

There are shortcomings in how the supply of NHS clinical staff in England is managed, in terms of both planning the future workforce and meeting the current demand for staff.

“Given the size of the NHS, workforce planning will never be an exact science, but we think it clearly could be better than it is. Equally, the way in which staff shortfalls are filled can be, and often is, unnecessarily costly and inefficient. Since clinical staff are the NHS’s main resource and cost, these shortcomings are serious and the current arrangements do not achieve value for money.”

Ensuring there are enough clinical staff with the right skills to meet the demand for high-quality, safe healthcare is essential to the operation of the NHS. However, the current arrangements for managing the supply of clinical staff are fragmented and do not represent value for money, according to the National Audit Office.

The arrangements for managing the supply of clinical staff involve the Department of Health, various arm’s-length bodies and healthcare commissioners and providers. Available data on vacancies are poor but, in 2014, there was a reported overall staffing shortfall of around 5.9%. This equated to a gap of around 50,000 clinical staff. The extent of the shortfall varied between different staff groups and regions.

The creation of Health Education England means that, for the first time, there is a national body specifically tasked with making strategic decisions about planning the future workforce, working collaboratively with local healthcare providers. The national workforce plan is developed from plans prepared by local providers, which means it should be based on a detailed understanding of local circumstances. According to the NAO, however, the process for developing the national long-term workforce plan could be made more robust and Health Education England should be more proactive in addressing the variations in workforce pressures in different parts of the country.

Healthcare providers are responsible for employing clinical staff to deliver healthcare. Hospital trusts’ use of temporary staff has increased significantly, putting pressure on their financial position, and the NAO concluded that there is room for trusts to reduce spending on temporary staff. Temporary staffing gives trusts the flexibility to address short-term workforce pressures, but high levels of temporary staff are an inefficient use of resources. Spending on agency staff increased from £2.2 billion in 2009-10 to £3.3 billion in 2014-15. The Secretary of State for Health announced a cap in October 2015 on how much trusts can pay per shift to help control spending on agency staff; however, the NAO notes that these measures are unlikely to address fully the underlying causes of the increased demand for temporary staff.

At the same time as the use of temporary staff has increased, the NHS has made much less use of overseas recruitment and return-to-practice initiatives to address staffing shortfalls. The number of overseas nurses has fallen, particularly from outside the EEA, where the number of entrants decreased from 11,359 in 2004-05 to just 699 in 2014-15. Some of the decline may have been due to tighter immigration rules for nurses between 2009 and 2015. The decrease was partly offset by a large rise in recruits from within the EEA. The NAO found that a more coordinated and proactive approach to managing the supply of staff could result in efficiencies for the NHS as a whole.