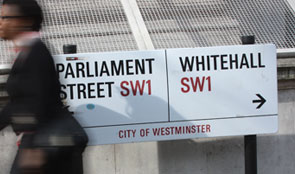 The welfare cap is encouraging a greater understanding of spending on some benefits and tax credits across government, but it is important that processes for managing the cap are reliable.

“Forecasts will always be uncertain but when spending is projected to be close to or over the cap, weaknesses in forecasts may affect policy or operational decisions. All departments involved should therefore move quickly to improve their processes.”

The welfare cap is encouraging a greater understanding of spending across government, according to the National Audit Office, but it is important that processes for managing the cap are reliable.

The cap, introduced in 2014, has increased departments’ oversight of spending on benefits and tax credits. Since the spending is largely determined by individual entitlements, departments are not able to exercise in-year control in the way the might for other areas of spending. The level of attention to spending forecasts has increased across government and at the Office for Budget Responsibility (OBR).

Processes for managing the cap are evolving. Performance against the cap is assessed by the OBR at each autumn statement. The OBR announced last year that the cap was breached owing to the government’s decision to reverse some of its proposed reforms to tax credits. Failing to account correctly for the impact of tax credit reforms on other benefits led to an error at Summer Budget 2015.

The government has chosen to exclude the State Pension, as well as spending which is highly dependent on the state of the economy, including Jobseeker’s Allowance and related Housing Benefit payments. This reduces the level of uncertainty around unemployment assumptions in forecasts. According to the NAO, however, there is a risk that the current scope of the cap may create an incentive for government to keep claimants on Jobseeker’s Allowance instead of encouraging claimants into work and increasing entitlement to in-work benefits.

Today’s report found that while the cap builds on well-established forecasts of social security and tax credit spending, there are several areas in which analysis and forecasts could be improved. Interactions between benefits, for example, are not dealt with systematically. At the moment DWP’s forecasts are developed for individual benefit streams with separate manual adjustments to account for interactions between benefits. In addition, there is not always time for the OBR to fully review all elements of the forecasts – and in particular the Government’s policy costings – given the complicated reporting environment.