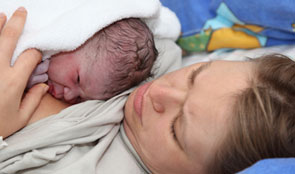 Most women have good outcomes from NHS maternity services, but there are significant and unexplained variations in performance around the country.

“NHS maternity services provide good outcomes and positive experiences for most women during a very important time in their lives. Since the Department of Health’s 2007 strategy, there have been improvements in maternity services, but the variation in performance across the country, and our findings on how services are being managed, demonstrate there is substantial scope for further improvement.The Department’s implementation of its strategy has not matched its ambition."

NHS maternity services provide good outcomes and positive experiences for most women, but there are significant and unexplained variations in performance around the country, according to today’s report from the National Audit Office.

Since the Department’s 2007 Maternity Matters strategy, there has been improvement in maternity services, with more midwifery-led units, greater consultant presence on labour wards, and progress against the government’s commitment to increase midwife numbers. However, there is wide variation between trusts in performance in respect of quality and safety, cost and efficiency.

The Department did not fully consider the implications of delivering the ambitions set out in its strategy. The Department has failed to demonstrate that it satisfactorily considered the achievability and affordability of implementing the strategy, and it has not regularly or comprehensively monitored national progress against it.

Today’s report points out that, in 2011, one in 133 babies was stillborn or died within several days of birth. The mortality rate has fallen over time, but comparisons with the other UK nations suggest scope for further improvement. The performance of individual trusts in relation to rates of complication and medical intervention varies widely. Litigation in maternity care is rising. Trusts paid £482 million for maternity clinical negligence cover in 2012-13, equating to around a fifth of spending on maternity services.

Increasing the presence of consultants on labour wards may result in better decision-making and outcomes. The level of consultant presence has substantially improved but over half of maternity units (including all of the largest units) do not meet recommended levels.

The number of midwives has increased but the NHS is not meeting a widely recognised benchmark of one midwife to 29.5 births. The government has commissioned more places to study midwifery, but it is unclear whether these will be enough to meet future demand for maternity care. Meeting the benchmark would require around 2,300 additional midwives nationally.

In 2010, 84 per cent of women reported that the care they received during labour and birth was excellent or very good. In terms of choice of place of birth, 79 per cent of women are currently within a 30-minute drive of both an obstetric and midwifery-led unit, compared with 59 per cent in 2007. However, choice is restricted where units have to close because of a lack of physical capacity or midwives. Over a quarter of units closed for half a day or more between April and September 2012.

Modelling of maternity services in England