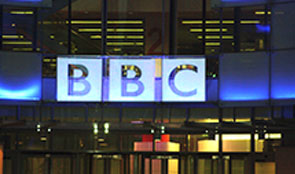 The BBC Executive did not have a sufficient grip on its Digital Media Initiative programme. Nor did it commission a thorough independent assessment to see whether it was technically sound.

"We are grateful to the NAO for carrying out this report, which reinforces the conclusions of the PwC review commissioned by the Trust. It is essential that the BBC learns from the losses incurred in the DMI project and applies the lessons to running technology projects in future. The NAO’s findings, alongside PwC’s recommendations will help us make sure this happens. As we announced last December, we are working with the Executive to strengthen project management and reporting arrangements within a clearer governance system. This will ensure that serious problems can be spotted and addressed at an earlier stage." Diane Coyle, Vice Chairman BBC Trust, 28 January 2014 "The BBC Executive did not have sufficient grip on its Digital Media Initiative programme. Nor did it commission a thorough independent assessment of the whole system to see whether it was technically sound. If the BBC had better governance and reporting for the programme, it would have recognized the difficulties much earlier than May 2012."

The BBC was too optimistic about its ability to implement the Digital Media Initiative (DMI) and achieve the benefits, according to a report today from the National Audit Office for the BBC Trust.

The BBC’s aim had been to create a fully integrated digital production and archiving system to help staff to develop, create, share and manage video and audio content and programming on their desktops. In May 2013, the BBC cancelled the programme after concluding that most of the £125.9 million it had spent had been wasted. Today’s NAO report concludes that problems with getting the system to work contributed to a growing gap between technology development and what users expected. The executive did not have a sufficient grip of the programme and did not appear to appreciate the extent of the problems until a late stage.