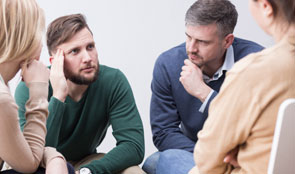 The Department of Health and NHS England are making progress but much remains to be done to improve access to mental health services.

“The Department of Health has recognised that mental health has been treated as a poor relation relative to other health needs for many years. This recognition, the goal of ‘parity of esteem’ and the setting of new standards for access and waiting times are all bold and impressive steps forward. It is important that these steps are supported by implementation in a reasonable timescale if they are not to be a cause for disillusionment, and this looks challenging in current conditions.”

The Department of Health and NHS England are starting to make progress with the actions needed to implement access and waiting time standards for people with mental health conditions, but much remains to be done, according to the National Audit Office. Today’s report from the spending watchdog is the first in a planned programme of work on mental health.

Improving care for people with mental health problems depends on action by many local organisations working together. However, the full cost of implementing the new access and waiting time standards and meeting longer term ambitions for better services is not well understood. The Department estimated that achieving the commitments made in the first three areas – improving access to psychological therapies (IAPT), early intervention in psychosis and liaison psychiatry services – could be £160 million a year more than the estimated £663 million that clinical commissioning groups spent on these services in 2014-15. Subsequent indicative analysis suggests that the cost of improving access further could be substantially higher, although there is considerable uncertainty around these estimates.

The Department and NHS England have made available £120 million of additional funding over the two years 2014-15 and 2015-16. However, most of the cost of implementing the new access and waiting time standards will be met from clinical commissioning groups’ existing budgets, at a time when the NHS is under increasing financial pressure.

Today’s report finds that full information does not exist to measure how far the NHS is from meeting the access and waiting time standards, but it is clear that meeting the standards will be a very significant challenge. Nationally, the access and waiting times for IAPT are already being met but performance varies substantially across different areas. A survey of acute hospitals in July 2015 indicated that 7% had the level of service NHS England considers will be beneficial to patients – at least a core liaison psychiatry service operating 24 hours a day, seven days a week. Complete information is not yet available to measure performance for early intervention in psychosis.

The Department and NHS England are making progress, particularly in setting priorities and national leadership, but significant risks to implementing the access and waiting times programme remain. The strongest areas are the clear objectives and strong leadership, and a governance framework is being developed. The greatest challenges for the future are collecting data to show whether the standards are being met, building the mental health workforce and reinforcing incentives for providers.