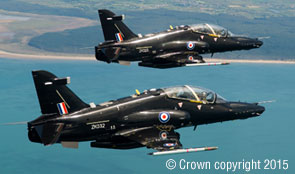 The new military flying training is 6 years delayed and there is much to do if the MoD is to get the planned benefits from its contractor.

“Implementing the new flying training has been challenging. There have been changes to the scope of the new system, its budget and the approach to financing. The legacy of this has understandably taken the MOD time to resolve and has resulted in lengthy delays. Contractor performance has improved, but there is much to do if the Department is to achieve the planned benefits of its new approach. The Department needs to understand better actual training performance and what affects performance before it can secure significant improvements from Ascent. Otherwise, there is a real risk that moving to the new training will affect the military’s ability to train the right number of aircrew at the right time.”

Full implementation of the Ministry of Defence’s new training system for military aircrew has been delayed by nearly six years, according to a report today by the National Audit Office.

In an attempt to reduce the time and cost of training aircrew – by improving how it is run, updating training aircraft and better integrating the different stages of training – industry provider Ascent was awarded a 25 year contract to develop and manage a new approach. Ascent is responsible for providing aircraft and simulators for training, running training courses and training an agreed number of aircrew each year. However, the Department still controls many factors that affect training, such as student selection, and provision of military instructors and airspace for training.

The new training system, the United Kingdom Military Flying Training System (UKMFTS), is to be implemented through five different training packages and was scheduled to be at full capacity by 2014. Two packages have so far been implemented. It is now planned for training to be running at full capacity from December 2019.

Delays have been caused by a number of events. These include the government’s decision to reduce the size of the front line fleet of aircraft, resulting in a substantial reduction in the number of aircrew entering training each year; a decrease in overall funding from a forecast of £6.8 billion to £3.2 billion; changes to the funding approach (from PFI to conventional funding); and poor contractor performance between 2008 and 2012. These events have understandably taken the MOD time to resolve but the Department has taken action and contractor performance has since improved. However, our report highlights that there is still much to do to get the planned benefits of its new approach to training.

To know whether training is improving, the Department needs to set a performance baseline and the right performance measures. However, it does not effectively use the data it has to understand current training performance. For example, it does not hold data centrally on training activity and does not routinely analyse the pockets of data it has or subject them to comprehensive quality control. It therefore has no baseline for training times or costs from which it can measure Ascent’s performance or set meaningful performance targets.

Currently, performance linked pay incentives are not effectively encouraging Ascent to improve training quality or reduce overall training time and cost. Incentive payments form only around 1% of potential payments and incentivise completion of training by student quantity rather than quality.

By transferring control of training to a contracted provider, the Department has less flexibility to increase or decrease training capacity without requiring contract renegotiations and incurring extra costs and time. Such negotiations could cause further delays and increase the risk of a gap in training that results in fewer trained aircrew than needed.

The NAO recommends that, to achieve value for money from the Ascent contract, the Department must encourage better performance from Ascent by more effectively incentivising it to work as a partner. The Department also needs to assess the cost and time implications of increasing training capacity and, moreover, agree formal contingency plans for covering gaps in training during the move to new training.