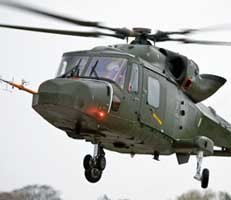 Central Departmental decisions by the Ministry of Defence to try to balance the defence budget have reduced its cash-flow requirements in the short-term but at a long-term cost that represents poor value for money for the taxpayer.

"In-year performance on the majority of large defence projects which we examined has been encouraging. This reflects the efforts which the Department has put in to improving project control and introducing innovative practices at the level of the individual projects. But central departmental decisions were taken to balance the defence budget which had the effect of driving very significant additional cost and delay into the equipment programme; this represents poor value for money for the taxpayer."

Central departmental decisions by the Ministry of Defence to try to balance the defence budget have reduced its cash-flow requirements in the short-term but at a long-term cost that represents poor value for money for the taxpayer. According to today’s National Audit Office report, not making realistic budgetary provision for all likely project outcomes and slowing down projects have resulted in a £3.3 billion increase in a single year, 2009-10, in the total cost of the 15 largest defence equipment projects.

However, for the second successive year the cost performance on the majority of projects has been broadly stable. The rate of timescale slippage has also reduced significantly since last year and 98 per cent of Key Performance Indicators are expected to be met. This improved performance reflects, in part, a number of initiatives to understand better the key factors bearing on project performance.

The MOD did not make realistic budgetary provision for all potential costs, for example, on the Typhoon combat aircraft where the Department decided that it needed to spend £2.7 billion on the programme including the purchase of 16 additional aircraft to meet contractual agreements. It has slowed down projects such as the Queen Elizabeth Class aircraft carriers, leading to further project cost growth of £650 million. And, to address cost overruns, the Department has also reduced the number of items, and therefore capability, to be procured. For example, Nimrod MRA4 reconnaissance aircraft numbers have progressively reduced from 21 to nine, making the aircraft’s unit cost three times the figure originally expected.

The MOD recently undertook to report annually to Parliament on the affordability of its ten-year equipment plan, which should help deter the corporate practices which have adverse value for money implications.