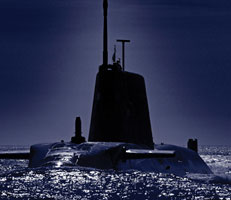 Action taken by the Ministry of Defence to balance its overall budget in the short term following the Strategic Defence and Security Review has contributed to a near £500 million in-year cost increase in the 15 largest defence projects.

"The Ministry of Defence has been hampered by a legacy of poor planning and performance on some past projects, and the resulting cuts and delays are not value for money. But it is welcome news that the Department has finally accepted that the financial position it is in is serious and is actively working towards balancing its books in the longer term."

Action taken by the Ministry of Defence to balance its overall budget in the short term following the Strategic Defence and Security Review has contributed to a near £500 million in-year cost increase in the 15 largest defence projects, a report by the National Audit Office has revealed. When coupled with previous cost growth, these projects are now £6 billion above forecasts made when the main investment decisions were taken.

For the third successive year, central planning decisions taken by the Department, including delaying the Astute submarine project, have had the biggest impact on cost growth, accounting for £237 million of the increase. Of this, £113 million relates to decisions to enhance capability. Macro-economic factors, such as adverse foreign exchange rates, accounted for £176 million of the increase. Cost overruns from project-specific technical issues accounted for £53 million.

The Strategic Defence and Security Review delayed the Successor nuclear deterrent submarine in-service date to 2028. To avoid a production gap in the submarine construction industry, and to further save costs in the short term, the Astute programme was slowed. This has added £200 million to the forecast cost in 2011, and delayed the introduction of the Astute submarines by an average of 28 months. Submarines will now take over a decade each to complete.

During 2010-11, there was a total increase of 30 months (with an average two months per project) in the forecast time to complete these projects and bring them into service. This brings the total delay on all 15 projects to 26.8 years. The most significant changes were a 12-month delay in the timetable for the Watchkeeper unmanned aerial vehicle project, which was largely due to the contractor’s failing to deliver against the agreed schedule, and a 13 month delay on the Astute project.

Long-term cost analysis by the NAO has shown that the difference between the approved and forecast costs of all projects which have had their main investment decision approved since 2000 is £10.6 billion (an 11.4 per cent increase). Additional costs have been avoided by reducing the amount of equipment the Department originally planned to buy. Had the Department not reduced equipment numbers, cost growth could have been between £18.2 billion and £19.4 billion (approximately 20 per cent) above the approved costs.