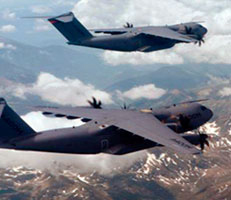 There are signs MOD has begun to make trade-offs with cost, time and technical requirements. But some major projects still suffer cost rises and delay.

"The Ministry of Defence faces a difficult task striking a balance between delivering the capabilities it wants and those it can afford. There will always be factors over which the Department has limited control, but it must do more to learn from previous projects.  "The continuing problems highlighted in my report show that, if it is to make the most of the money available, the Department has more to do to address its longstanding issues on project performance."

In respect of its largest defence projects there are early signs that the Ministry of Defence  has begun to make realistic trade-offs between cost, time, technical requirements and the amount of equipment to be purchased. Nevertheless, the continuing variances to cost and time show the MOD needs to do consistently better. The uncertainties these introduce reduce the MOD’s ability to plan and manage the defence budget effectively, according to a report today by the National Audit Office.

The report, which gives a progress review of the 16 largest defence projects, shows that in the last year there has been a total forecast slippage of 139 months and increase in costs of £468 million. This means that, since the projects were approved, costs have increased by £6.6 billion (around 12 per cent more than the planned cost) and the projects have been delayed by 468 months, taking almost a third longer than originally expected.

In some cases, such as fuel price inflation of £336 million on the Future Strategic Tanker Aircraft, MOD has only limited control. On the Queen Elizabeth aircraft carrier, cost growth is due to MOD and industry having greater understanding of the costs and not being able to fully deliver agreed cost reduction opportunities. It would be unrealistic to expect MOD and industry to identify every risk at the start of technically challenging projects. However, the continuing problems indicate that MOD has more to learn from historic performance and, in particular, set realistic timescales, although it believes it has started to do so in some cases.

The MOD is accepting the capability risk and some wider costs resulting from these project delays and is having to make difficult decisions about long-term capabilities. For example, the version of the Falcon communications system being developed for use in Afghanistan, at a cost of £32 million, will now not be deployed to theatre. This is partly owing to development delays and it means that there will need to be reliance on legacy systems for a longer period.

The MOD has made a significant investment in new and upgraded helicopters to address the shortfall identified in the NAO’s 2004 report. The MOD has spent nearly a billion pounds enhancing existing helicopters to support current operations, and has taken steps to increase the flying hours of its Chinook fleet by 30 per cent. The MOD has also spent £787 million on air transport and air-to-air refuelling aircraft to support current operations and address capability gaps, such as those caused by the previously reported delays to the A400M transport aircraft. However, capability gaps remain: at times up to 2017 there will be shortages in both air transport and air-to-air refuelling aircraft. From 2022 there will be approximately a one-third short-fall in tactical transport aircraft..