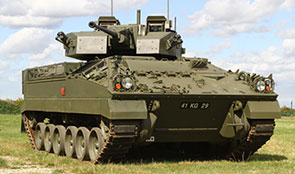 MOD’s procurement budget is now more stable, despite a £754m increase in the cost of the carriers, but there are still risks to the affordability of the equipment plan.

“With the exception of the aircraft carriers, the MOD’s largest projects have not shown significant increases in costs over the year and only small in-year delays.  However, there remains a legacy of large complex projects that have already suffered significant cost increases and delays. Despite the increased stability there are still risks to affordability.  Most significantly the Department has not subjected the half of its equipment budget related to support to the same degree of scrutiny as its procurement costs.  Nor can it be certain that the impact of a £1.2 billion underspend on equipment and support in 2012-13 will not cause some increased cost and delay further down the line.”

The National Audit Office has published today its examination of the Ministry of Defence’s annual statement, covering the next ten years, on the affordability of its plans for equipment required by the Armed Forces.

The NAO concludes that the Department’s work to address the affordability gap and create greater certainty around the equipment budget and costs appears to have had a positive effect on the Department’s ability to maintain an affordable Equipment Plan. However, there remain risks to affordability, most significantly around the half of the budget relating to equipment support costs. The Department has not subjected these to the same level of detailed scrutiny as the procurement costs.  The Department also does not understand the implications of its £1.2 billion underspend on the Equipment Plan in 2012-13.  It believes that the underspend is the result of a wide variety of factors and is undertaking further work to understand this issue better.

In conjunction with the examination of affordability, the NAO has also published The Major Projects Report 2013, its review of progress on the 11 largest defence projects.  It concludes that, with the exception  of the Queen Elizabeth Class aircraft carriers, there have been no significant cost increases and only minimal in-year delays.

Today’s report shows that, in the last year, there was a net increase in costs of £708 million in respect of the 11 projects included in the review. The main contribution to this was a £754 million increase in the cost of carriers. This increase was due to a number of factors including delay to the schedule, immaturity of the design, underestimation of the cost of labour and materials and  the Department’s decision in 2012 to revert back to the short take off and vertical landing (STOVL) variant of the Joint Strike Fighter, the latter adding £120 million. In addition to the £754 million, the Department estimates that the write-off from this decision will be £55 million.

Without the carriers, there was a net cost decrease of £46 million across the 10 remaining projects. The costs of all but one of these have changed during 2012-13 with three projects showing increased costs and six reduced costs. This is in contrast to recent years where the NAO has reported significant cost increases on the Departments largest projects. However, despite improvements in the performance of its other large projects, the Ministry of Defence continues to face a legacy of older large and complex projects, in particular carriers, that continue to have a significant impact on the portfolio as a whole.

Three of the projects the report examined experienced delays during the year, together amounting to 17 months. This takes the total forecast delay to the in-service date for these nine projects to 301 months, an increase of 21 per cent in the forecast time to complete the projects since approval. A third of projects this year reported delays compared to over half of the projects in last year’s report. However, this is not a complete picture as the NAO is unable to report on timings for two of the 11 projects – Lightning II and Specialist Vehicles –because the Department has not yet given final approval to their manufacture and introduction into service.

Today’s report includes an examination of the MOD’s Complex Weapons Programme, a new approach to defence acquisition involving a number of interrelated weapons projects which aims to achieve net financial benefits of £1.2 billion over ten years. Noting that these benefits have already been ‘banked’ by the Department, the NAO warns that, if changes (such as delays or cancellations) are made to projects in the programme, some of these benefits may be lost, and the Department may then incur spending above budgeted levels or need to reduce spending elsewhere.