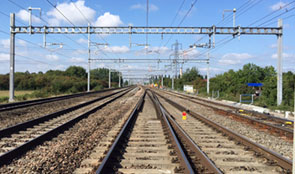 The cost of modernising the Great Western railway is estimated to be £5.58 billion, an increase of £2.1 billion since 2013, and there are delays to the electrification of the route of at least 18 to 36 months. The Department for Transport and Network Rail have begun to improve the management of the programme but they have more to do to protect value for money in the future.

“The modernisation of the route has potential to deliver significant benefits for passengers but this is a case study in how not to manage a major programme. The Department's failure to plan and manage all the projects which now make up the Great Western Route Modernisation industry programme in a sufficiently joined up way, combined with weaknesses in Network Rail's management of the infrastructure programme, has led to additional costs for the taxpayer. It is encouraging that since 2015 the Department and Network Rail have a better grip and put in place structures to manage the programme in an integrated way. However significant challenges to the timetable still remain and there is more to do to achieve value for money.”

The cost of modernising the Great Western railway is currently estimated to be £5.58 billion, an increase of £2.1 billion since 2013, and there are delays to the electrification of the route of at least 18 to 36 months. Delays to the electrification programme will cost the Department up to £330 million. These cost increases and recent changes to the new trains order mean that the value for money of the programme needs to be reassessed, and the extent of electrification reconsidered, according to a report today by the National Audit Office.

The Great Western route has some of the most overcrowded services in England and Wales and has forecast passenger growth of 81% between 2013-14 and 2018-19. The modernisation programme involves complex infrastructure works, new trains and service changes. These aim to improve services along the rail route, which connects London with west and south-west England and south Wales and passes through heritage areas and areas of outstanding natural beauty.

Before 2015, the Department did not plan and manage all the projects which now make up the Great Western Route Modernisation industry programme in a sufficiently joined up way. The Department did not produce a business case bringing together all elements of the programme until March 2015, more than two years after ordering the trains and over a year after Network Rail began work to electrify the route. When the Department entered into a contract to buy the Intercity Express Trains, creating fixed deadlines for electrification, the infrastructure planning work was still at a very early stage of development. This is illustrated by the fact that Network Rail had only just identified that it would need to develop a new type of electrification equipment. The electrification timetable was not based on a bottom-up understanding of what the works would involve.

In 2015 Network Rail re-planned the infrastructure programme after it became clear that costs were increasing and the schedule could not be met. Electrification between Maidenhead and Cardiff is now expected to cost £2.8 billion, an increase of £1.2 billion (70%) against the estimated cost of the programme in 2014.

Network Rail’s 2014 cost estimate was unrealistic. It was too optimistic about the productivity of new technology. It underestimated how many bridges it would need to rebuild or modify and also the time and therefore costs needed to obtain planning permission and other consents for some works. Failings in Network Rail’s approach to planning and delivering the infrastructure programme further increased costs. It did not work out a ‘critical path’ – the minimum feasible schedule for the work, including dependencies between key stages – before starting to deliver electrification. It also did not conduct sufficiently detailed surveys of the locations for the structures, which meant that some design work had to be repeated.

Delays to the electrification programme will cost the Department up to £330 million. The Department intends to vary its order of Intercity Express trains so that they can operate under both diesel and electric power. The Department will also receive less income from the Great Western franchise between September 2015 and March 2019. This is because the train operator will bear the costs of providing extra trains and leasing depots, as well as higher running costs from operating diesel trains for longer, while also receiving less revenue from passengers than expected.

Some passengers in the north and west of England may have to wait longer, some nine months and up to two years respectively, to see improvements such as increased capacity in services because of the delays to the programme. Any additional delays would be difficult to address and put pressure on the Department’s rail franchising programme.

Network Rail has a challenging task to deliver the main benefits from the infrastructure programme, within the current schedule and budget. The schedule for electrification contains some ambitious assumptions while the budget for the electrification programme between London and Cardiff currently has less funding available to manage risk than Network Rail believes it needs.

Some passengers will have to wait longer to see the full benefits of modernisation because of budget constraints. The Department has delayed electrification on some stretches of the route as the costs cannot be met within the funding package. The Department currently intends to electrify these sections but not until the next rail investment period, which runs from April 2019 to March 2024.