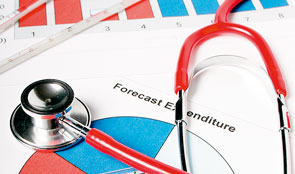 Monitor has achieved value for money in regulating NHS foundation trusts, and has generally been effective in helping trusts in difficulty to improve.

“Monitor has done a good job in regulating NHS foundation trusts. Its processes for assessing NHS trusts are robust and its judgments have mostly been sound. It has helped NHS foundation trusts in difficulty to improve and trusts have regularly taken radical action, such as changing their chair or chief executive, in response to Monitor’s interventions.However, bigger challenges lie ahead for Monitor, as it takes on its significant new responsibilities that stretch across the whole health sector. In addition, as Monitor itself recognises, it needs to adapt how it works with other bodies to tackle underlying local weaknesses that increase the risk of individual trusts failing, either clinically or financially.”

The health sector regulator Monitor has achieved value for money in regulating NHS foundation trusts, and has generally been effective in helping trusts in difficulty to improve, according to the National Audit Office.

Monitor was created in 2004 as the independent regulator for NHS foundation trusts and its remit has now been expanded with significant, high profile new responsibilities, including that of ensuring continuity of services for patients. Its traditional role of regulating NHS foundation trusts is becoming more challenging as the NHS efficiency drive puts trusts under increasing financial pressure. At the same time, the focus on care quality and effective regulation is greater than ever in the wake of the problems at Mid Staffordshire NHS Foundation Trust.

Today’s report highlights that Monitor has rigorous processes and standards, which it has adapted and strengthened, for assessing NHS trusts applying for foundation trust status. NHS trusts are finding it more challenging to meet the standards Monitor applies during the assessment process, with only two trusts being authorized during 2012-13. At the end of December 2013, 147 trusts had attained foundation trust status, with 98 NHS trusts remaining.

Few NHS foundation trusts have got into difficulty soon after being authorized, indicating that Monitor’s assessment decisions have been sound. Just three trusts have breached their regulatory conditions within 12 months of being authorized. Today’s report warns, however, that the growth in risk in the foundation trust sector may put unsustainable pressure on Monitor’s capacity to regulate trusts in difficulty or to maintain continuity of services. An all-time high of 25 trusts were in breach of their regulatory conditions at 31 December 2013.

Monitor’s interventions have helped trusts in difficulty to improve. It is difficult to assess Monitor’s impact because of the range of influences on a trust and the difficulty of demonstrating what would have happened if the regulator had not taken action. But staff at ‘case study’ trusts told the NAO that they took faster or more effective action, or both, because of Monitor’s interventions than they would otherwise have done.

Monitor’s interventions have worked well where a trust’s underlying issues are internal, such as poor leadership or financial management. Its influence, however, has been less effective where a trust’s problems are down to underlying issues in the local health economy, such as where commissioners are also in financial difficulty. In recent months the regulator has changed how it intervenes in such cases, and has in some instances started working with commissioners, the local authority and the NHS Trust Development Authority to address these wider issues.