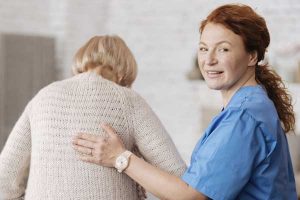 Funding for ongoing health care is a complex and highly sensitive area, which can affect some of the most vulnerable people in society and those that care for them.

The National Audit Office has today published the findings of its investigation into NHS continuing healthcare. NHS continuing healthcare (CHC) is a package of care provided outside of hospital that is arranged and funded solely by the NHS for individuals who have significant ongoing health care needs.  Funding for ongoing health care is a complex and highly sensitive area, which can affect some of the most vulnerable people in society and those that care for them. The number of people assessed as eligible for CHC funding has been growing by an average of 6.4% a year over the last four years.  In 2015-16, almost 160,000 people received, or were assessed as eligible for, CHC funding in the year, at a cost of £3.1 billion. If someone is assessed as not eligible for CHC funding, they may still be entitled to other health and social care services, some of which the individual may have to pay for. Key findings of the investigation include:

NHS England recognises that the current assessment process for CHC funding raises people’s expectations about whether they will receive funding and does not make best use of assessment staff.

In most cases eligibility decisions should be made within 28 days but many people are waiting longer.

Decisions on eligibility for CHC have a significant financial impact on the individual, clinical commissioning group (CCG) and local authority.

The number of people receiving CHC funding is rising and the funding of CHC is a significant cost pressure on CCGs’ spending.

There are limited assurance processes in place to ensure that eligibility decisions are consistent, both between and within CCGs.