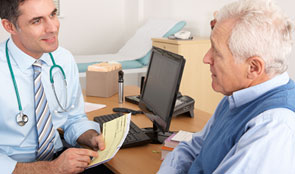 The NAO has identified inconsistencies in the way trusts measure waiting time and errors in the time recorded.

“The challenge of sustaining the 18-week waiting standards is increasing, against a background of an increasing number of patients being referred to trusts, the financial pressure on the NHS and the need to make efficiency savings. If this challenge is to be met, then performance information should be reliable. However, we have found significant errors and inconsistencies in how trusts record waiting time, masking a good deal of variation between trusts in actual waiting times. The solution is not costly new processes, rather making sure existing processes work properly and are properly scrutinized.”

The National Audit Office has highlighted the increasing challenge to the NHS of sustaining the 18-week waiting time standard for elective care and the importance for trusts of having reliable performance information and shared good practice. Today’s report to Parliament concludes that value for money is being undermined by the problems with the completeness, consistency and accuracy of patient waiting time data; and by inconsistencies in the way that patient referrals to hospitals are managed.

The introduction of the standards in 2008 was followed by more patients being treated within 18 weeks. The recent strengthening of the standards also appears to have had a rapid and significant effect on reducing the numbers of people waiting a long time for treatment. The number of people each month waiting longer than 18 weeks without treatment fell to 138,000 by the end of October 2012 (from 234,000 in October 2011) but by the end of October 2013 had increased to 169,000.

With few exceptions, the waiting time standards have been met nationally, although some trusts are breaching the standards. In 2012-13, for example, 58 trusts breached the standard, overall, in at least one month for patients admitted to hospital.

Today’s report does suggest that published waiting time figures need to be treated with a degree of caution. The NAO has identified inconsistencies in the way trusts measure waiting time and errors in the waiting time recorded. Although the rules for applying the waiting times standards  are set at a national level, the performances of individual trusts are not directly comparable owing to local variations in how and when each patient’s waiting time ‘clock’ is started, paused or stopped. The NAO’s review of a sample of cases also found that errors in trusts’ recording of patients’ time: in 167 cases, there was evidence of at least one error, leading to under- and over-recording of waiting time.

Misrecording of referral to treatment waiting times data has also been identified at the North West London Hospitals NHS Trust and Barnet and Chase Farm Hospitals NHS Trust. In addition, Colchester Hospital University NHS Foundation Trust have misrecorded their cancer waiting times. Today’s report also finds that NHS England does not have sufficient assurance about how trusts are performing. The system of checks that NHS England uses should spot some errors and inconsistencies, as well as discrepancies between trusts’ current and past reported performance. It will not, however, detect errors of the kind identified by the National Audit Office without independent validation of trusts’ data. The report recommends therefore, that NHS England should seek additional assurance, possibly through a regime of test checking.

The NAO also spoke to patients who were unaware of their rights and responsibilities, for example, their right to be treated within 18 weeks of referral, or that they may be referred back to their GP and their waiting time starts again if they fail to attend an appointment. The NAO estimates that patients missing first outpatient appointments cost the NHS up to £225 million in 2012-13. Today’s report recommends, therefore, that trusts should ensure their access policies are up-to-date, patient friendly and publicly available.