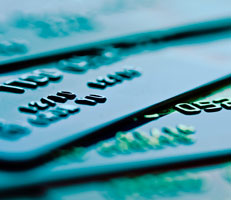 Regulation of the consumer credit market is providing benefits to consumers, but is not minimizing consumer harm from unscrupulous trading practices.

"Good value for money in consumer credit regulation means minimizing avoidable harm, and doing so cost-effectively. The OFT has achieved a good return for a small outlay, but has not been able to tackle the full extent of harm to consumers in credit markets. This is because it has not had enough resource to regulate effectively or the right kinds of powers. The government’s proposed new regulatory system will need to address these problems."

A report by the National Audit Office has found that regulation of the consumer credit market is providing benefits to consumers, but that the regulatory regime is not delivering value for money because it is not minimizing harm from unscrupulous trading practices.

UK consumers borrowed £176 billion in 2011-12 from credit card companies, small businesses offering hire purchase arrangements and payday lenders. The NAO estimates the Office of Fair Trading saved consumers £8.60 for every £1 it spent on enforcing regulations in 2010-11 by taking action against non-compliant firms: for example, by issuing warnings and revoking licences to provide credit. During the same period, nevertheless, consumers lost at least £450 million from problems that regulation did not address, such as malpractice by firms that was not reported to the regulator. Consumers can also make poor choices themselves. For example, the OFT estimates that, in 2010, if consumers looked for the best deal within high-cost credit markets, they could save up to £120 million.

The OFT is not resourced to carry out on a day-to-day basis either the supervision of firms or the monitoring of their compliance with licence standards. This means it can act only when it receives information of non-compliant behaviour by a firm. Therefore some harm must already have taken place in order to prevent further losses to consumers.

The OFT funds consumer credit regulation solely from licence fees, and today’s report shows it had £11.5 million to regulate the market in 2011-12. According to the NAO, this is not enough given the size of the market and levels of consumer harm.

Furthermore, weaknesses in the OFT’s management information mean it cannot be sure these limited resources are being targeted to the areas of greatest risk to consumers. The OFT’s limited understanding of the costs of enforcement means it does not have an accurate picture of the proportion of its budget which is spent on different activities. In addition, the OFT does not collect information on the level of lending provided by each firm, and therefore does not have a quantified understanding of the supply in the market.