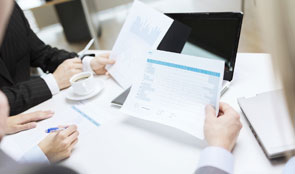 The NAO has called for government to negotiate greater access to information about how much outsourced public services are actually costing suppliers and therefore how much profit they are making.

“Contract management is not a desk job. We are reminded of this in all the best practice and the worst failures we see. For government to be accountable for contracted out public services; for it to understand its suppliers; for it to exercise oversight; and for it to promote value for money, it requires its contract managers to take a ‘hands-on’ approach and to go and see for themselves what their suppliers are doing.”

The National Audit Office has called for government to negotiate greater access to, and make better use of, information about how much outsourced public services are actually costing suppliers and therefore how much profit they are making. An NAO survey found that such information, known as open-book accounting data, is currently available in only 31% of contracts and that, even then, it is not always received.

Based on public and private sector case studies, the NAO has identified five approaches to collecting and using information on suppliers:

The NAO goes on to recommend that every major contract have a strategy for the collection and use of information and that every government department have a policy on when it will use open-book accounting. According to the NAO’s survey, currently only 23% of government organizations have a policy on when to use open-book accounting.

Overall, the NAO wants government staff to be encouraged to understand in detail what is going on in those organizations that deliver public services.