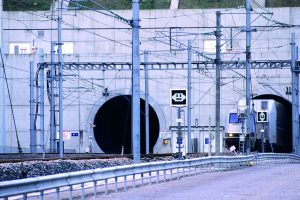 In December 2018, the Department for Transport (the Department) awarded three businesses with contracts to provide additional freight capacity on ferry services between the UK and mainland Europe. These arrangements form part of the Department’s plans to mitigate the impact on the transport system if the UK leaves the European Union (EU) without a deal (‘no deal’). The additional freight capacity was intended to allow government to prioritise the flow of critical goods into the UK and to enable imports to flow as freely as possible in the event of no deal. On 25 January 2019, the Channel Tunnel Group Ltd and France-Manche SA who together operate Eurotunnel services began legal action against the Department. Eurotunnel challenged the legal basis on which freight contracts were procured and the underlying legality of the contracts. On 1 March 2019, the Department announced that a £33 million settlement had been reached with Eurotunnel, which ended the action.

This memorandum has been prepared at the request of the Committee of Public Accounts.

The factual material in this document is based on a review of documents kept by the Department on the settlement agreement with Eurotunnel and interviews with officials involved in the agreement and with Eurotunnel.

This memorandum does not examine the cancellation of the ferry contracts on 1 May 2019 which occurred after we had completed our research work.