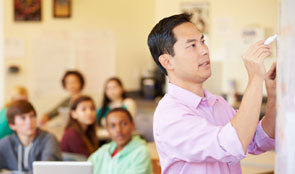 With the number of further education (FE) colleges in financial difficulty expected to rise rapidly, there are fundamental structural problems which might require decisions at a regional or sector-wide level.

“The further education college sector is experiencing rapidly declining financial health, and lacks a clear process to inform decisions about local provision.  The Department for Business, Innovation & Skills and the Skills Funding Agency have taken steps to improve their analysis of risk in the sector, and to intervene more effectively in the colleges in most difficulty.But there needs to be more than a college-by-college approach. Until then, the oversight and intervention arrangements cannot be regarded as value for money.”

The decline in the financial health of further education (FE) colleges since 2010/11 is highlighted in a National Audit Office report today. With the number of colleges in financial difficulty expected to rise rapidly, there are fundamental structural problems which might require decisions at a regional or sector-wide level.

The NAO recommends that the Department for Business, Innovation & Skills (BIS) and the Skills Funding Agency (SFA) now take a more strategic look at the implications of the rapid growth in the number of colleges in poor financial health, bearing in mind that without advances of funds and additional grants some would be in an even worse position.

In 2013/14, the FE college sector was in deficit for the first time, and the number of colleges with an operating deficit rose to 110, from 52 in 2010/11. The SFA assessed 29 colleges as being ‘financially inadequate’ (in financial difficulty, with a significant risk of not being able to fulfil their contractual duties). This was up from 12 colleges in 2010/11.

According to today’s report, the decline in the financial health of the sector has been quicker than indicated by college plans, and current forecasts suggest that the number of colleges under strain is set to rise rapidly. In particular, the SFA expects that the number of colleges it rates as financially inadequate could be around 70 by the end of 2015/16, depending on funding levels and colleges’ ability to reduce costs.

The financial support that the SFA offers to struggling colleges has increased significantly since 2010, but most has not yet been repaid. These advances of funding, intended to be repaid in the short-term, had risen to £49 million in September 2013. By September 2014, the SFA had converted advances of £40 million at three colleges to grants, meaning the advances would not be repaid. The outstanding balance, including new advances, stood at £45 million by February 2015, relating to 13 colleges.

Some colleges’ forecasting has been over-optimistic, resulting in their failing to identify problems until a late stage. Today’s report recognizes that many colleges are making tough decisions to avoid financial difficulty while maintaining educational standards, but this requires skills that are in short supply.

In recent years, the SFA has relied upon financial forecasts produced by colleges, some of which were not realistic, and as a result has not detected some problems until a late stage. In mid-2014, the SFA began developing a broader approach to examining financial and other risks. This should allow the SFA to better prioritise its efforts towards those colleges most likely to be at risk.  The effectiveness of this new approach will depend on the SFA’s ability to act on the emerging problems that it identifies.

Since his appointment in 2013, the FE Commissioner has prompted colleges in serious financial difficulty to take more concerted action. The Commissioner has also provided feedback to the sector on lessons learned from his work and the key risks that colleges should monitor.

While recent improvements in processes are welcome, the main focus has been on cases where financial risks have already matured. In future, the oversight bodies will need to use their limited resources well to manage the likely increase in workload as more colleges experience financial difficulty. Where structural changes such as college closure or merger are needed, enacting such changes would rely on the co-operation of colleges’ governing bodies in most cases.