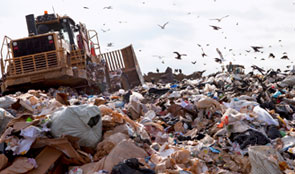 All three projects examined by the NAO have experienced significant delays stemming from a range of problems.

The National Audit Office has today published a report on oversight of three local authority PFI waste contracts by the Department for Environment, Food and Rural Affairs. The three contracts were entered into by Surrey County Council, by Norfolk County Council and, jointly, by Herefordshire Council and Worcestershire County Council.

All three projects have experienced significant delays stemming from a range of problems, including difficulties obtaining planning permission, complex commercial considerations, opposition from local groups and uncertainty over technology.

It was clear from correspondence received by the NAO that there was a lack of clarity over both the facts and figures relating to these three projects, and the roles and responsibilities of the parties involved.

Today’s report finds that the Department has given good support and guidance to the local authorities involved, but that the nature of the Department’s funding agreements with Surrey and Herefordshire and Worcestershire, which the Department inherited from predecessor departments, made it difficult for it to withdraw or amend its financial support to these contracts, even when significant infrastructure had not been delivered as planned.

The NAO has not sought to conclude on the value for money of the three contracts as these matters are for local authorities’ auditors to examine. Nor does it examine the value for money of the overall Waste Infrastructure Delivery Programme managed by the Department. The report sets out the roles and responsibilities of the parties involved in the three contracts and examines those issues over which the Department for Environment, Food and Rural Affairs has direct influence or involvement.

Today’s report will form the basis of a hearing of the Public Accounts Committee.