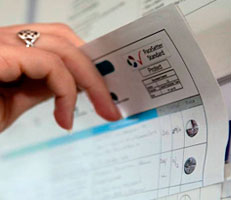 PaceSetter has led to productivity improvements and may have contributed to greater staff engagement. However, the extent to which overall efficiency has improved is not clear; and some key principles of process improvement are not yet being applied strategically across the entire organisation.

"PaceSetter is travelling in the right direction but not fast enough. After five years HMRC's approach to process improvement should be better measured, more sophisticated and more ambitious in its transformation of the Department."

HM Revenue & Customs’ PaceSetter Programme, aimed at streamlining business operations, has improved productivity through new ways of working and may have contributed to greater staff engagement. However, the National Audit Office has concluded that the Programme is not yet value for money because the extent to which efficiency has improved is not clear; and some key principles of process improvement are not yet being applied strategically across the entire organisation and embedded into the Department’s core processes.

PaceSetter, introduced five years ago, is designed to help HM Revenue & Customs change the way it works, to deliver more for less resource. Through PaceSetter, the Department has pioneered the use of process improvement techniques in central government. The types of improvements made vary but have included the redesign of claim forms, the standardisation of procedures across offices and more tailored approaches to checks based on risk.

The Department estimated that productivity improvements due to PaceSetter between 2005-06 and 2010-11 are equivalent to £400 million of resource savings and £860 million of tax yield. However the extent to which these reported savings represent overall efficiency improvements is not clear, in part because of the limited evidence on overall trends in business performance. PaceSetter aims to engage frontline staff in continuously improving the way they work and so improve staff motivation. The Programme has had a small positive impact on staff engagement but overall it is still low.

HMRC does not have a full understanding of the costs of PaceSetter. The Department decided to monitor only certain of the costs involved, and excluded, for example, the salary costs of its own PaceSetter experts. Analysis undertaken by the NAO shows that a more complete assessment of costs brings the total spent on PaceSetter from £55 million to at least £115 million between 2005-06 and 2010-11 on consultancy, equipment, staff and travel costs.

To maximise the benefits of PaceSetter, the Department needs to use the Programme to help it streamline its business operations in a more strategic way, based on a clear understanding of processes in their entirety and of what its customers require.