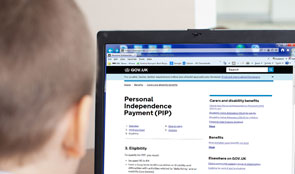 The DWP has had to delay the Personal Independence Payment programme’s roll-out and reduce expected savings during this Spending Review period.

“It is too early to conclude on the Personal Independence Payment programme’s overall success and all major programmes run the risk of early operational problems. However the Department did not allow enough time to test whether the assessment process could handle large numbers of claims. As a result of this poor early operational performance, claimants face long and uncertain delays and the Department has had to delay the wider roll-out of the programme. Because it may take some time to resolve the delays, the Department has increased the risk that the programme will not deliver value for money in the longer term.”

The Department for Work and Pensions introduced Personal Independence Payment as planned in a small number of areas from April 2013. Since then backlogs have developed in the assessment process, leading to delays and uncertainty for claimants, according to today’s National Audit Office report.

According to the spending watchdog, the Department used a phased roll-out to reduce the risks in the programme, but left little time to test whether it could handle a large volume of claims. When the assessment process took longer than expected backlogs soon developed; by 25 October 2013, the Department had made only 16 per cent of the number of decisions it had expected.

Claimants are experiencing long delays to benefit decisions, and the Department is not able to tell them how long they are likely to wait, potentially creating distress and financial difficulties. By October 2013, there were 92,000 people whose claims were outstanding with assessment providers – Atos Healthcare and Capita Health and Wellbeing – almost three times the number expected by the Department at this stage.

Today’s report highlights that the Department introduced Personal Independence Payment despite its compressed timescale and has learnt from past experience in the way it manages contracted assessment providers. However, to achieve value for money, the Department will need to show that it can reduce delays for claimants and deliver planned savings while maintaining the quality of its decisions.

Today’s report finds that, in the current Spending Review period to April 2015, the DWP will not achieve the savings it originally expected. Because of the revised timetable for reassessments, savings during this period will fall from £780 million to £640 million. The Department, however, still expects to achieve long term savings of £3 billion annually by 2018-19.

Among the NAO’s recommendations is that the DWP should set out a clear plan for informing claimants about the likely delays they will experience while it works with providers to improve performance.