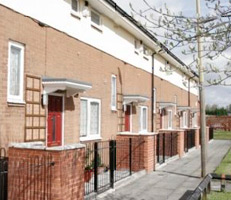 The use of PFI by local authorities to improve housing, usually in areas with a high need for housing and where stock condition is particularly poor, has had a measure of success. However, risks to value for money of the programme have not been managed.

"The Department for Communities and Local Government has pursued the PFI funding route for improving housing stock with only limited evaluation of the value for money of the programme. It should now carry out such evaluation. "The Department should assess, as a matter of priority, whether its current and planned PFI projects are delivering value for money. It should at the same time, assess all its past projects. This assessment should be based on hard numbers as well as qualitative factors."

The use of PFI by local authorities to improve housing, usually in areas with a high need for housing and where stock condition is particularly poor, has had a measure of success. However, according to a report today by the National Audit Office, risks to value for money of the programme have not been managed.

In the context of this programme, PFI has been a flexible and useful funding route for local authorities to improve existing housing and build new stock. However, the majority of projects required significant increases in central funding prior to contract signature and all have suffered delays. One early project cost the Department for Communities and Local Government over three times more than expected in its business case. Twenty one of the 25 projects which have been signed to date have experienced cost increases, with 12 of these over 100 per cent.

The Department did, however, take steps to ensure funding increases were valid and there have been no increases in central government funding for projects following contract signature.  All signed projects, for which the NAO was able to obtain data, were delayed, on average by 2 years and 6 months.  For early projects this was partly because PFI was new to the housing sector and the Department had to develop its understanding of stock condition issues. A particular complexity for the Department and all parties involved was achieving a robust cost for projects at the outset.

Local authorities have reported that their initial choice of PFI was driven by the funding structures of the Department and policy constraints rather than a pure focus on value for money. Some local authorities themselves have concerns that PFI procurement can be excessively costly and takes too long when compared with other routes. At the programme level, the Department has undertaken only limited evaluation of whether housing PFI delivers value for money compared to alternative investment routes.

The Department’s programme management for early projects was also weak and under-resourced. Some local authorities and private sector contractors expressed concerns over the capacity of the Department and the Homes and Communities Agency (which took over responsibility for delivering the overall housing programme in December 2008) and the level of expertise among some staff. While there have subsequently been steps to address these issues, they have posed a risk to effective delivery of projects.

The limited evidence available to allow the NAO to compare costs of housing projects funded using PFI with those using alternative forms of funding raises concerns about the value for money of the PFI housing programme. While the capital cost of PFI housing projects is similar to other developments, the Department’s evaluation to date has not taken account of the full costs. Procurement also tends to take more time, which can increase procurement and tender costs for local authorities and bidders.