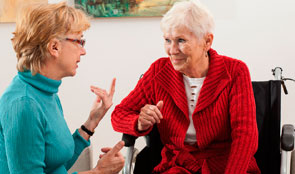 Planning for the Better Care Fund

The Better Care Fund is an innovative idea but the quality of early preparation and planning did not match the scale of the ambition. Current plans forecast £314m of savings for the NHS rather than the £1 billion in early planning assumptions.

“The Better Care Fund is an innovative idea but the quality of early preparation and planning did not match the scale of the ambition. The £1 billion financial savings assumption was ignored, the early programme management was inadequate, and the changes to the programme design undermined the timely delivery of local plans and local government's confidence in the Fund's value.Ministers were right to pause and redesign the scheme in April this year when they realized it would not meet their expectations. The Fund still contains bold assumptions about the financial savings expected in 2015-16 from reductions in emergency admissions. To offer value for money, the Departments need to ensure more effective support to local areas, better joint working between health bodies and local government, and improved evidence on effectiveness.”

The National Audit Office recognizes that a government programme to integrate local health and social care services to improve care in the community and lessen pressures on health services is an innovative idea. However, according to today’s report, the quality of early preparation and planning did not match the scale of ambition.

The Better Care Fund aims to deliver better, more joined-up local services to older and disabled people to care for them in the community, keep them out of hospital and avoid long hospital stays. However, early local plans for the Fund, which will pool £5.3 billion of existing NHS and local authority funding in 2015-16, did not meet Ministers’ expectations or generate the level of savings the Government expected and all plans had to be resubmitted. Although the Government’s early planning assumption was that the Fund would save the NHS £1 billion in 2015-16, current plans forecast at least £314 million of savings for the NHS.

The Better Care Fund will run from April 2015. The Department of Health and the Department for Communities and Local Government developed the Fund’s policy, with NHS England and the Local Government Association responsible for the delivery and implementation of the Fund.It was agreed that local areas would develop plans for spending the Fund with minimal central prescription, in order to drive local innovation from the bottom up, and reflecting the fact that no savings target had been formally agreed for the Fund during Spending Round 2013. As a result, there was no central programme team, no programme director and limited risk management and no analysis of local planning capacity, capability, or where local areas would need additional support. In addition, the initial scheme guidance did not mention the scale of savings expected from the Fund.

All 151 local health and wellbeing boards submitted plans in April 2014 for how they would spend their Fund allocations in 2015-16. But NHS England concluded in May that the Fund plans would deliver only £55 million of financial savings, not the £1 billion the Department of Health and NHS England expected. The Departments concluded that the plans required further development and Ministers did not approve any plans in April, as originally intended. Planning for the Fund paused between April and July 2014 while the Government reviewed and revised the Fund’s scope and how the £1 billion pay-for-performance part of the Fund would work.

In July 2014, the Departments revised and improved the Fund’s governance and programme management, requiring local areas to submit new plans in September 2014 for expected approval in late October. However these changes to the Fund reduced from 11 months to five months the time available for local areas to prepare for the implementation of the Fund from April 2015. The Local Government Association does not agree with the changes in the Fund’s scope. It has said that the revisions undermine the Fund’s core purpose as promoting locally led integrated care and reduce the resources available to protect social care and prevention initiatives.

Independent assurance of the September Fund plans found them to be stronger and better supported than the April plans. Almost two-thirds of plans were either approved by Ministers or approved with support and only 5 plans were not approved. The biggest risk area identified is to the protection of social care services with 21 local areas assessed as having significant risks.