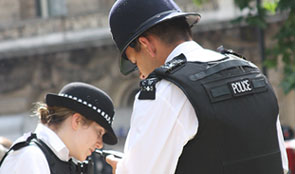 The new policing oversight framework has been in place for a year but already there are gaps in the system with the potential to undermine accountability both to the Home Office and the public.

“The new policing framework has been in place for only just over a year but already it is clear that there are gaps in the system with the potential to undermine accountability both to the Home Office and the public. More work is needed to ensure that all elements of the framework are working effectively to minimize risks to value for money.”

Today’s report from the National Audit Office has identified a number of gaps in the Home Office’s policing oversight framework, which could limit the public’s ability to hold elected police and crime commissioners to account. However, even though it has been in place for only a year, the new framework has the potential to be an improvement on the system it has replaced.

The NAO finds that gaps in this framework – such as the limited effectiveness of police and crime panels, and HM Inspectorate of Constabulary’s lack of authority to carry out routine inspections of commissioners or their offices – could limit the degree of assurance the Home Office can take from the new accountability structure. Because police and crime panels, who scrutinize commissioners, lack powers to act on the information they receive, there are few checks and balances on commissioners between elections.

Those in the sector to whom the NAO spoke to believe that elected commissioners are potentially better able to hold police forces to account and drive value for money than the unelected police authorities they replaced. According to elected commissioners, so far there has been a significant increase in engagement with the public compared to the previous situation under police authorities.