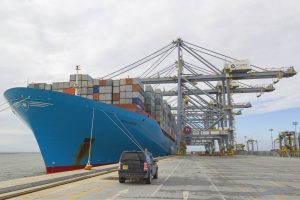 This briefing sets out government’s plans and progress to date in opening up overseas markets to UK businesses.

The Department for International Trade (DIT) was established in July 2016 in response to the UK’s decision to exit from the European Union (EU). DIT aims to secure UK and global prosperity by promoting international trade and investment, and championing free trade. DIT’s role sits alongside that of the Department for Exiting the European Union (DExEU), which is responsible for negotiating the future UK–EU relationship, including the terms of trade.

This briefing sets out government’s plans and progress to date in opening up overseas markets to UK businesses. It focuses in particular on preparations for negotiating free trade agreements. This is a new competency for the UK government, and one which could have long-lasting implications for UK citizens and significant areas of the UK economy, such as food and financial services.

The aim of the briefing is to:

As this is an emerging area of government activity, we have not audited the value for money of government’s overall approach.