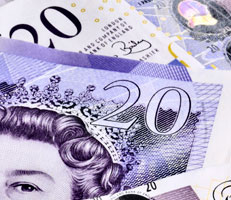 Reported fraud in Employment Programmes is low despite past flaws such as in the New Deal. New improvement controls are better, yet risks remain.

"The Department has improved its range of controls on the Work Programme, in particular, compared with previous schemes. However, it missed a number of opportunities to detect potential problems at A4e and it needs to tighten controls on its smaller programmes."

The National Audit Office has today issued a report examining arrangements at the Department for Work and Pensions for detecting and preventing fraud and improper practices in employment programmes.

The report concludes that levels of reported fraud in employment programmes are low. The introduction of the Work Programme in June 2011 largely addressed the main weaknesses in previous programmes which had led to a risk that fraud by providers was being understated. Some risk still remain because not every control applies to every programme, particularly to smaller ones.

The report finds in particular that the Department’s past assessment of the risk of fraud at A4e missed vital evidence. The Department does not currently obtain all relevant copies of providers’ internal audit reports and did not receive the paper sent to the Chair of the Public Accounts Committee. This included evidence of nine possible cases of fraud and seven of improper practice by A4e’s staff and highlighted a possible systematic failure to mitigate the risk of fraudulent and irregular activity at both an office and regional level.

According to today’s report, the total value of cases of reported fraud investigated since 2006 is £773,000. More than half of fraud allegations since 2006 have been in respect of New Deal programmes which ended in 2011. The Department knew of the fraud risks inherent in such programmes but did not do enough to quantify and address them. Compensating controls, for example, checks at employers to verify claims that people had actually been placed in work, were not introduced.

Schemes such as the Flexible New Deal and the Work Programme that replaced the New Deal have been designed with measurable and verifiable outcomes to minimize the risk of fraud. For example, the DWP now checks the records of HM Revenue and Customs to test whether claimants are actually working. But, notably, in the case of the £8 million programme providing mandatory work activity, there are still no independent checks with employers that unemployed people said to have been placed with them for work activity have been.

Among recommendations by the NAO are that the Department make the most of the fraud risk knowledge it possesses and share it more effectively; and that users’ complaints be used to assess the quality of service providers.