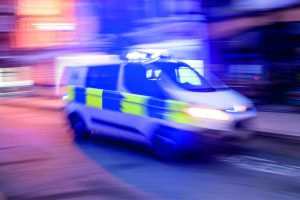 This report examines the progress made in delivering the Emergency Services Network and the implications of the 2018 reset.

The Emergency Services Network (ESN) is the government’s chosen option to replace the Airwave system, which 107 police, fire and ambulance services in England, Scotland and Wales (the emergency services) use for communications between control rooms and the field. It is intended to save money by sharing an existing commercial 4G network, unlike Airwave, which is fully dedicated to its users. ESN should also allow better use of mobile data than Airwave.

In September 2018, the Home Office announced a ‘reset’ of its approach, based on a phased introduction of ESN services, rather than launching the whole programme at once. This involved revising the whole programme, for example to extend timetables and renegotiate contracts, a process which is still ongoing at the time of writing.

This report examines what the 2018 reset means for the ESN programme and the extent to which the reset has addressed the programme’s most significant risks.

In 2016, we highlighted both the strategic importance of the programme to introduce ESN and the high degree of risk. Ultimately, the Home Office’s subsequent failure to manage these risks has led to delays in bringing the intended benefits of ESN to emergency services. The delays also mean introducing ESN is now forecast to cost £3.1 billion more than planned, and this forecast is highly uncertain. To date, the Home Office’s management of this critical programme has represented poor value for money.

The Home Office, through its reset, has resolved only some of the issues. Its emphasis on limiting the costs of extending Airwave has meant that its plans are not sufficiently developed to give decision-makers all the information they need. The Home Office does not yet have a robust and sufficiently detailed plan that demonstrates that it understands the challenges faced by emergency services in introducing ESN, and it is also not clear how the various programme components of ESN will be integrated successfully. This lack of understanding creates a risk that poor decisions will be made and further ‘resets’ will be needed in future. There are still significant risks and, based on past performance, it seems unlikely that ESN can be delivered by the target date of 2022. If the Home Office is to bring this vital programme back on track and deliver the intended benefits, it must develop a comprehensive, integrated plan that addresses the significant uncertainties that remain.

The delayed Emergency Services Network is likely to be even later than expected and the government’s already increased forecast costs are highly uncertain. Watch our video for more information.