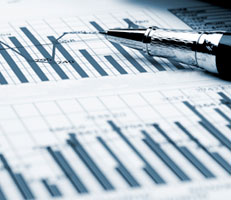 Despite good progress in improving the professional capability and capacity of government finance departments, good financial management is still not embedded in the civil service culture, and financial matters do not have sufficient influence over departments’ strategic decision making.

"Since the Public Accounts Committee last reported on financial management in government, in 2008, there have been some important improvements. However, there is scope for still more progress in two significant areas:

Despite good progress in improving the professional capability and capacity of government finance departments since the National Audit Office last reported in 2008, good financial management is still not embedded in the civil service culture, and financial matters do not have sufficient influence over departments’ strategic decision making, according to the spending watchdog.

There has been important progress –all departments now have a professionally qualified Finance Director, supported by an increased number of qualified finance staff. The Treasury is also implementing accounting changes to bring greater transparency to government financial reporting. There are some examples of substantial improvement, including at the Home Office. However, achieving further progress will require all Accounting Officers as the leaders with the most influence on Whitehall culture to demonstrate clearly, through their leadership of departments, their commitment to putting financial management at the heart of their organisation.

Whitehall’s central finance functions competently capture and report the transactions and financial position of the departments. Annual accounts are delivered before the July Parliamentary recess. The number of overall overspends against the amounts approved by Parliament is low. However, departments are generally weak at monitoring their balance sheets and at forecasting cash flow in the medium term.

Departments do not fully understand the costs of their activities, and it is rare for them to have good information on the unit costs of outputs, levels of productivity or the value of outcomes. Departmental Boards are not normally presented with balance sheet information, such as on stock levels and investment in assets. Departments generally focus on monitoring against the agreed one-year budget, with a few looking as far ahead as the current spending review period of four years.