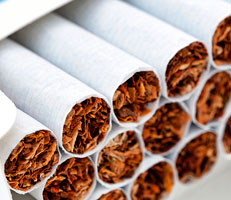 Tobacco smuggling is a significant threat to tax revenues. HMRC’s renewed strategy sets out the right measures but the Department’s performance is disappointing.

“Tobacco smuggling is a significant threat to tax revenues, as well as making illicit tobacco cheaper and more accessible, which has implications for public health. HMRC’s renewed strategy for tackling tobacco smuggling sets out the right measures but, two years on, the Department’s performance on the ground is disappointing. It has not capitalised on extra reinvestment funding available under the 2010 spending review settlement. And it still cannot properly assess how effective its strategy is in tackling tobacco smuggling and the trade in illicit tobacco products in the UK."

HMRC’s renewed strategy for tackling tobacco smuggling is logical and includes a wide range of complementary measures, but the Department does not yet have an integrated approach to deterring and disrupting the distribution of illicit tobacco within the UK, according to the National Audit Office.

Today’s report identifies some good progress in building intelligence overseas, with the expansion of HMRC’s network of intelligence officers. HMRC estimates that these officers helped overseas authorities seize goods equivalent to a prevented revenue loss of £658 million between 2011-12 and 2012-13. However, HMRC has limited powers to carry out an independent verification of the volume of seizures, which is reported by foreign customs authorities.

HMRC met all but one of its key operational targets for tobacco in 2011-12 but failed to meet any of its targets in 2012-13. HMRC is unlikely to achieve its plan to prevent £1.4 billion in revenue being lost to tobacco smuggling from investment in new tobacco initiatives over the spending review period. Key initiatives funded as part of its spending review settlement have been delayed or cancelled, including one designed to tackle the over-supply of genuine tobacco overseas, as the proposed approach was abandoned because of legal concerns. HMRC achieved £328 million by the end of 2012-13 from these new initiatives, less than two-thirds of the benefit expected so far (£527 million).

HMRC recognizes the need for better intelligence on distribution networks, if it is to target its domestic enforcement activities efficiently. It also lacks a good understanding of the volume of prosecutions and other sanctions needed to deter effectively the trade in illicit tobacco.

HMRC is concerned that supplies of certain brands to specific countries are higher than legitimate local demand . Supply chain legislation was introduced in 2006 but HMRC analysis shows a continuing problem of over-supply of genuine tobacco products. Tobacco manufacturers have a legal obligation not to facilitate smuggling so far as is reasonably practical, and HMRC has worked with them to review supply chain policies. However, so far it has issued only one warning letter and no penalties.