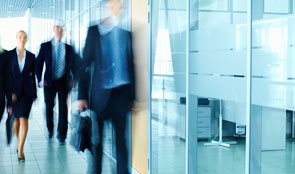 The Public Bodies Reform Programme is making good progress in abolishing or merging public bodies and reducing their costs, but triennial reviews of remaining bodies need to be much more effective.

“The Public Bodies Reform Programme is making good progress in simplifying the public bodies landscape. A large number of public bodies have been abolished or merged and cuts in administrative spending have been substantial. It will be important to maintain the momentum of reform, and doing this will require the triennial review programme to be much more effective than it has been so far.”

The Government’s Public Bodies Reform Programme, designed to reduce the number and cost of public bodies and to make them more accountable to elected representatives, is making good progress. There have also been substantial reductions in the administrative spending of non-departmental public bodies (NDPBs). However, according to a report today from the National Audit Office, there has not been enough emphasis on managing the benefits of the Reform Programme and the ongoing programme for reviewing the remaining public bodies needs to be strengthened.

However, even after all planned reforms have been completed, the public bodies landscape will still be complex. More needs to be done to increase the transparency of remaining public bodies. Furthermore, the Cabinet Office and departments have, so far, been unable to collect quantifiable evidence to measure the wider value of reforms for public services, citizen trust and participation. The Cabinet Office is aware of these issues and recognizes that it needs to address them for value for money to be achieved in the longer term.

The Cabinet Office currently estimates that, over four years, the public bodies in the Programme will have reduced administrative spending by at least the original estimate of £2.6 billion. The NAO’s analysis of departments’ audited accounts confirms that annual administrative spending reductions achieved by public bodies have been substantial, with an estimated £723 million saved in 2012-13 compared with 2010-11.

Four of the first 30 triennial reviews, covering 38 out of 77 bodies reviewed, have led to major structural reform. Reviews can also add value by examining governance, efficiency and effectiveness issues, but they have tended not to make explicit recommendations on achieving savings or improving performance. And departments have made slow progress in completing the first round of reviews.