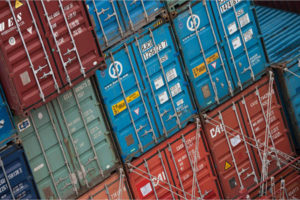 This report examines government’s progress with its programme of trade negotiations since the UK's departure from the EU.

Following the UK’s exit from the EU, the UK became responsible for its own international trade policy for the first time in 48 years. The UK aims to build new trade and investment relationships with global partners, including through government-to-government engagement, through its membership of international organisations and through free trade agreements (FTAs). FTAs aim to make trade easier between those countries by removing or reducing existing barriers to trade. They are intended to offer a range of benefits to the UK economy, businesses, consumers and wider society by opening overseas markets to UK exports, supporting UK supply chains, increasing consumer choice and increasing the UK’s global influence. The government has set a target for 80% of total UK trade to be covered by FTAs by the end of 2022.

The Department for International Trade (DIT) was formed in July 2016 with responsibility for promoting British trade across the world and aims to deliver an ambitious FTA programme that benefits businesses and consumers in every part of the UK. Although DIT has overall responsibility for convening trade negotiations, the negotiations are a cross-government endeavour with other departments providing expertise, leading aspects of the negotiations in their policy areas and providing diplomatic support overseas.

Since 2016, the government has developed the capacity, capability, processes and cross-government structures necessary to conduct trade negotiations. DIT has led the delivery of a challenging and intense programme of trade negotiations to a tight timeframe and against the backdrop of uncertainty around the timing and nature of the UK’s exit from the EU. In these unique circumstances, DIT, FCDO and other government departments successfully transitioned 33 existing EU agreements, including a deal with Japan by the end of the EU transition period, ensuring continuity for UK businesses and consumers. DIT and other government departments have also made good progress in negotiations with new partners. However, this timeline has meant that the UK is developing new domestic policy in sensitive areas such as agriculture and the environment at the same time as negotiating with new partners. There is now an opportunity for DIT to set out in one place how international trade will support the UK’s domestic and wider policy objectives and provide greater clarity to the public and stakeholders.

There are new and heightened risks to manage when progressing at such speed and intensity, which DIT needs to keep in view. In pursuing multiple new deals, there is a risk that the government will not allocate enough resource for implementing the deals already secured. This includes new activity supporting businesses to make use of the trade agreements, and monitoring progress towards achieving the potential benefits. It also compresses the time available for consultation with Parliament, stakeholders and the wider public, whose contributions are important in ensuring any deal delivers benefits for the UK. To achieve value for money, DIT needs to work with other departments to manage these risks effectively. This includes learning lessons from each negotiation and strengthening the trade negotiations capability across government, to ensure the quality and strategic benefit of government’s trade negotiations programme.