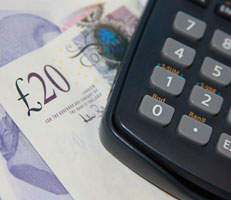 Progress with VFM savings and lessons for cost reduction programmes

This report looks at how much the Treasury’s Value for Money savings programme has improved value for money across government. The programme aims to achieve government-wide annual savings of £35 billion from 2008-09 to 2010-11.

"Public confidence in reported savings is undermined where they do not stand up to external scrutiny. The proportion which do not fully meet the Comprehensive Spending Review criteria is evidence both that the programme was not well enough understood across government and that quality control within departments was not good enough.

"Few of the savings made under the programme represent major departures from previous practice. The scale of savings needed in the current financial situation means that departments will have to think more radically about how to reduce costs and how to sustain them in the longer term."

The National Audit Office has today reported on how much the Treasury’s Value for Money savings programme has improved value for money across government. The programme aims to achieve government-wide annual savings of £35 billion from 2008-09 to 2010-11.

Today’s report concludes that the Treasury’s design addressed some weaknesses in earlier savings programmes, and departments have made some progress in their management of their programmes compared with previous spending periods. Nevertheless, departments’ planned programmes did not contain sufficient contingency and it is unlikely that departments will achieve the government-wide target of £35 billion of annual savings, which fully meet the Comprehensive Spending Review criteria, in 2010-11.

To date the NAO has reviewed reported savings amounting to some £2.8 billion from five major departments which are to deliver around 40 per cent of the government-wide total. The NAO has concluded that 38 per cent fairly represented sustainable savings (green); 44 per cent may represent savings but with some uncertainty (amber); and 18 per cent do not represent, or significantly overstate, savings (red). Common problems include the use of unsuitable baselines for the calculation of savings, a lack of transparency over arms-length bodies’ reporting processes, and difficulties in demonstrating links between savings and performance.

Today’s report was accompanied by the NAO’s reviews of the value for money savings reported by three individual departments, as follows: