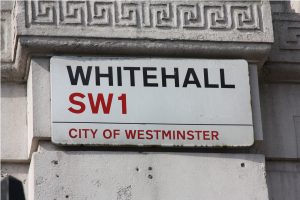 This report examines projects leaving the Government Major Projects Portfolio, which comprises the biggest and riskiest projects across government

In 2016, we reported on whether the establishment of the Authority and the Portfolio had improved government’s performance in delivering major projects. The turnover of projects, the limited data published and the lack of systematic monitoring of whether projects had realised benefits made it difficult to conclude on trends in performance across the Portfolio. The Committee of Public Accounts (the Committee) expressed concern: about the quality of data, including that on benefits and the apparent gap in responsibilities for reporting on the delivery of benefits; and that some projects left the Portfolio without a review to ensure that they were on track to deliver their benefits.

The Committee identified that improving the delivery of benefits should be a priority, recommending that the Authority should do more to determine whether government projects were likely to achieve their stated benefits before they leave the Portfolio.

We do not conclude on whether individual projects have provided value for money.

The Portfolio represents the government’s biggest and riskiest projects, which are also intended to produce £650 billion of benefits. The Portfolio was set up to provide more transparency around their performance, as well as to provide extra assurance. Although there is evidence that most projects that have recently left the Portfolio have implemented their planned scope, it is less clear whether they achieve the intended outcomes. For example, there is no corresponding figure for what proportion of the £650 billion of benefits have been realised. Weaknesses in the Authority’s processes in the past have reduced the degree of transparency around many of the 302 projects that have left the Portfolio. Recent improvements are welcome but there is still a need for the Authority to develop its oversight at exit and for departments to monitor and evaluate projects and their outcomes more consistently, so that performance improves and maximum value is derived from projects.