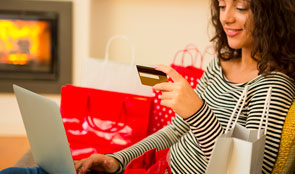 The report examines the system protecting consumers from scams, unfair trading, and unsafe goods. BEIS has made progress since our 2011 review, but needs to do more, particularly in the context of the growth of e-commerce.

“Progress has been made since our 2011 report and consumer protection bodies have shown they can make good impacts with limited resources. As the threats consumers face become increasingly wide-ranging, however, the system has not kept pace with the changes, leaving consumers inadequately protected in a number of areas. While the improvements are welcome, the system as a whole has not yet shown it provides value for money.”

The UK consumer protection system has made some progress in the last five years, with some individual bodies making good impacts. The system as a whole, however, has not yet demonstrated that it provides value for money in protecting consumers from modern scams, unfair trading, and unsafe goods according to the National Audit Office.

The Department for Business, Energy and Industrial Strategy (the Department) has overall responsibility for consumer policy but does not routinely calculate the total cost of the consumer protection system. The NAO, however, estimates it to have cost £165 million in 2015-16. Local Trading Standards services received an estimated £124 million and Citizens Advice received £18 million, Although there is limited robust data on the overall scale of consumer detriment, the NAO estimates that consumers lost at least £14.8 billion in 2015, of which £4.2 billion is estimated to be hidden and unreported detriment from problems such as mass marketing fraud and counterfeit goods.

The Government has created opportunities for a more preventative approach to consumer protection. The Department has ensured better co-ordination across the landscape, in particular by bringing together the consumer protection bodies in the Consumer Protection Partnership, and integrating case management across the system.

National Trading Standards, which was set up in 2012 following a previous NAO report, has made a good impact into consumer protection issues, having prevented £345 million worth of detriment to consumers since April 2014, with a cost-benefit ratio of around 12.6 to 1. Funding for this is still, however, small compared with the size of the problem, and annual budgeting prevents proper long-term planning.

While the system has made progress at the national level, it is not keeping pace with the growth in online consumer fraud. The UK’s E-commerce market is now the third largest globally, with over a third of non-food retails sales being conducted online. A national e-crime team has been established but Trading Standards has lost e-crime expertise at the local level. Furthermore, the interaction between the consumer protection bodies and other government agencies tackling online consumer fraud is not yet well developed.

Local Trading Standards teams are being incentivised to prioritise local issues, in particular safeguarding, with few resources available to either undertake enforcement cases or to organise services on national priorities. The changing nature of commerce has meant more consumer issues are occurring at national and international levels, however only 7% of local trading standards teams base their priorities on nationally-advocated ones.

The Competition and Markets Authority is also making good impacts in addressing market-wide consumer issues and estimates that its consumer enforcement work generates at least £74 million of direct financial benefits to consumers annually for a cost of £6 million.