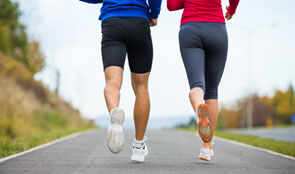 Public Health England has made a good start in supporting local authorities with their new responsibilities for public health but it is too soon to tell whether its approach is achieving value for money.

“Public Health England is accountable for achieving the public health outcomes the Department of Health wants, but it is local authorities who are responsible for delivering improved public health. The agency is developing a good relationship with its local stakeholders to whom it is providing tools, support and advice. There is a difficult balance to be struck between localism and the agency’s responsibility for improving health. The agency’s ability to influence and support public health outcomes will be tested further if the grant paid to local authorities were no longer to be ring-fenced.”

The new public health agency Public Health England (PHE) has made a good start in supporting local authorities with their new responsibilities for public health. The National Audit Office considers, however, that it is too soon to tell whether the agency’s approach is achieving value for money.

The public health activities expected from the grant include encouraging healthier lifestyles and reducing the large health inequalities across England, especially in life expectancy. It is too soon to see progress in many areas, although today’s report highlights some areas where improvements have been seen. Recent data on NHS Health Checks, for example, show these checks, which include checking blood pressure and cholesterol levels, are now being offered by every local authority.

Spending on different aspects of public health varies significantly between local authorities, reflecting the differing needs and circumstances of different areas. The NAO found, however, examples where spending decisions were not obviously aligned to local needs and priorities. The NAO found that PHE could be doing more to identify these examples and offer appropriate advice and support to local authorities.

Public health funding increased by 5.5% in 2013-14, reflecting the importance the Department of Health places on this issue. Historic local decisions on public health funding by the NHS have, however, left some local authorities receiving a significantly greater or lesser proportion of the funding than they would have been allocated based on need. The Department has not decided how long the ring-fence will remain in place. According to the NAO, PHE’s ability to influence and support public health outcomes will be put to the test in future, should the grant cease to be ring-fenced.

The agency was formed from staff from over 100 different bodies, but unequal terms and conditions in both PHE and local authorities has led to dissatisfaction among some public health professionals. At local authorities, interim positions still account for 16% of directors of public health.