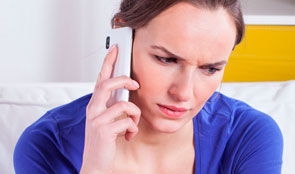 Over 10 million people who used public services (about 1 in 5) in the UK last year faced problems with the services. Detriment can and does occur. But users find the complaints and redress systems confusing.

“At present, the complaints and redress system in the public sector cannot be regarded as good value for money. Effective consumer and redress systems allow providers to be held accountable, improve quality and identify failure and malpractice. Many users have problems with public services, and serious detriment can and does occur. If government took the power of redress to improve public services seriously, it would recognize that the present system is incoherent and dissatisfying to users and would show urgency in reforming and rationalizing the system.”

Over 10 million people who used public services (approximately 1 in 5) in the UK last year faced problems when using those services, according to today’s report from the National Audit Office. The problems ranged from fairly straightforward issues, such as types of food in care homes, to serious and life-threatening safeguarding issues.

The NAO estimates that, in 2014, 320,000 social care users (some 25%) had service problems in social care, with the most prominent issues being poor quality of service, communications and service management. And around 10% of childcare users faced problems including poor-quality advice, safety concerns and poor service quality.

Today’s report says that consumers find the complaints and redress system confusing, that they have to deal with many different organizations, and that they have a low awareness of which ones to turn to. There are several areas with no formal route to seek independent redress, such as complaints about academies.

The NAO reports that system-wide improvements are inhibited by poor central leadership. Responsibility for different parts of the system sit with different parts of central and local government, each with different governance and accountability arrangements. Parliament has recently reported on the need for better complaint systems to improve public services, and many stakeholders the NAO met during its review accepted the need for improvements.

Public service organizations do not make enough use of complaints to improve services and there are serious impediments to doing so. There is no standard approach to recording or reporting on complaints. Despite some examples of good practice, data sharing is irregular and informal.

Amongst the NAO’s recommendations is that the Cabinet Office, which oversees public service reform working in partnership with other government departments, should nominate an authority within government to manage reforms to the complaints and redress system.

Over many years, government has established independent ombudsman and complaints bodies in various parts of the public sector, each with different legislative provisions, protocols and powers.