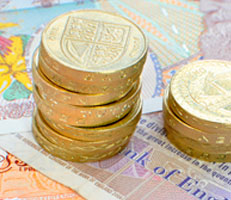 HMRC faces a significant challenge in securing a £1.6 billion reduction in running costs over the next four years, at the same time as increasing tax revenues, improving customer service and achieving reductions in welfare payments.

"Reducing running costs by £1.6 billion over four years is a big challenge for HMRC. It is making progress but there is no contingency in its plans. To achieve value for money, it needs to better define the service it is aiming for; improve its understanding of costs; and develop its implementation plan."

HM Revenue & Customs faces a significant challenge in securing a £1.6 billion reduction in running costs over the next four years, at the same time as increasing tax revenues, improving customer service and achieving reductions in welfare payments, according to a report today by the National Audit Office.

HMRC has reported savings of some £1.4 billion since 2005. To achieve its cost reductions it plans to implement 24 change projects and other measures including savings in the provision of IT services, improvements in productivity, reduced sickness absence and headcount reductions. The size and shape of HMRC will change substantially as it reduces staff numbers by 10,000 and significantly reduces the number of offices it operates.

In assessing potential cost reductions, HMRC has established a clear vision and specified operational priorities and revenue targets. It has not yet sufficiently defined the business performance and customer service it intends to achieve by 2015. It has good information on the different costs it incurs but only limited information on the cost of its end-to-end processes and on the cost of servicing different customers groups. It also has a limited understanding of the link between the cost and value of its activities. This has restricted its ability to assess fully the impact of cost reductions on business performance.

Today’s report points out that HMRC has made no allowance in its cost reduction plans for under-delivery or slippage, and currently has no reserve of proposals on which to draw. It needs to build greater confidence in the planned reductions as the estimated savings and some of the assumptions have not been fully tested including, for example, the proposed reductions in sickness absence.

HMRC recognises the challenges it faces in delivering its plans. It has begun to implement its cost reduction plans, established comprehensive governance arrangements and is developing arrangements to manage the risks. It has not, though, yet assessed all the dependencies between projects and the critical path for delivery.