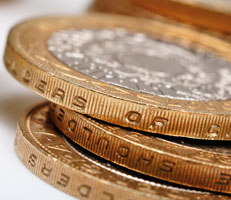 National Audit Office report: Reducing costs in the Department for Work and Pensions

Reducing costs in the Department for Work and Pensions

The Department for Work and Pensions will have to make rapid progress in reorganising the way it operates if it is to meet its target of cutting costs by £20 billion in four years while achieving substantial reform of the welfare system.

“The Department’s big challenge is to cut costs by £20 billion in four years, while achieving substantial reform of the welfare system. It will not succeed without a good understanding of its expenditure, a clear vision, and a coherent, well-informed plan. There are signs of progress, but the Department will have to improve in all three areas if its March 2015 targets are to be realistic.”

The Department for Work and Pensions will have to make rapid progress in reorganising the way it operates if it is to meet its target of achieving sustainable running cost reductions of £2.7 billion while implementing substantial welfare reforms and a £17 billion reduction in benefits and pensions by 2014-15, according to the National Audit Office. The Department has the largest annual expenditure of any central government department and so its cost reductions will be central to the Government’s meeting its priority objective of reducing the budget deficit.

Since 2007, the Department has reported reductions of £2 billion in its running costs, and initial out-turn data show that it met its target from the June 2010 Budget to reduce running costs by £535 million in 2010-11. However, in the first of a series of reports on how government departments are implementing the spending cuts from the 2010 Spending Review, the NAO has concluded that the Department must make progress quickly in order to be able to demonstrate that it can secure sustained cost reductions in a structured and strategic way. Given the challenges posed by major welfare reforms, the Department cannot rely on uncoordinated annual savings plans.

Today’s report recognizes that the DWP is only at the start of its new cost reduction challenge. However, without basing its running cost reduction plans more on robust information on the profile of its business costs and how that relates to the value of the services delivered, the Department is not in the position to make rational choices about what it should stop doing, what it should change and what it should continue. Recent cost reductions have been based largely on budget restrictions rather than on fundamental reform of working practices.

Three months into the Spending Review and the Department does not yet have a detailed model of how it wants to run in the future. Without such a model, senior managers are less likely to be able to prioritise the changes that are needed and to explain to staff what their role might be. The existing plans specify the respective budgets available for 2011-12 but only the Jobcentre Plus plan specifies what structural changes are needed and the steps involved in achieving them up to 2014-15. .