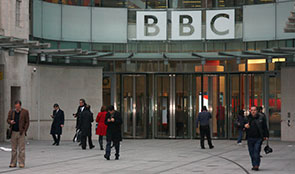 The BBC’s cost reduction programme has so far delivered value for money. However, the need to make further savings from productivity improvements will involve more challenging and potentially disruptive changes to structures and ways of working.

“The Delivering Quality First programme has secured significant savings with minimum impact on audiences and today’s report recognises the good progress the BBC has made. The NAO has suggested that the final years will present greater challenges and we agree that there is a limit to the extent costs can be reduced before quality begins to suffer. We believe the remaining targets should be met and will continue to track progress to ensure that savings do not have an unintended impact on the programmes and content which audiences love.”

“The BBC has made reported annual savings of £374 million by such means as renegotiating existing contracts, limiting salary increases and reducing the number of more expensive senior staff.  The BBC has taken a systematic approach to how it can achieve future savings, but it needs to keep the implementation of its plans under review. This will lessen the risk of the BBC’s having to make further reductions to scope by, for example, cutting the number of new programmes it commissions or acquires.”

The BBC’s ongoing cost reduction programme ‘Delivering Quality First’ has so far delivered value for money, according to a report by the National Audit Office. Reported savings of £374 million have exceeded implementation costs and have had a limited impact on audience perceptions.

The report finds, however, that the BBC plans to make around 85% of remaining savings from productivity improvements that will involve more challenging and potentially disruptive changes to structures and ways of working.